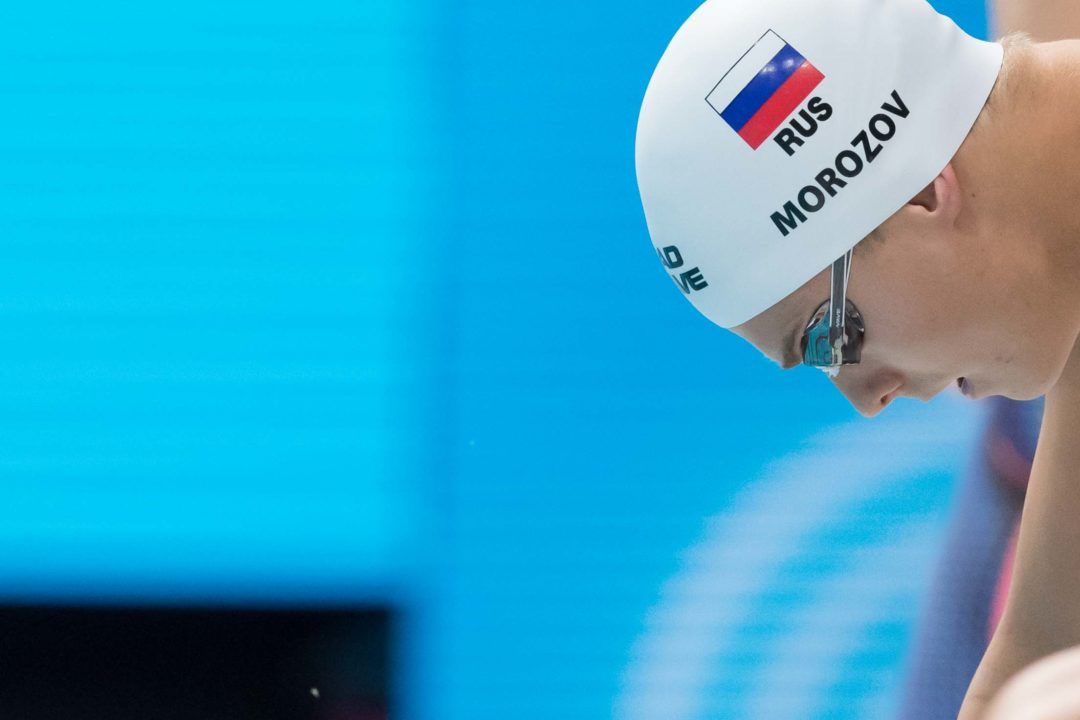 The top two men in the 100m freestyle in Berlin tonight each notched a shiny new national record to go with their World Cup hardware. We reported how Chad Le Clos of South Africa just became the first man from his nation to dip under the 46-second threshold in the event with a time of 45.78 to win silver. But ahead of him was a super speedy Russian named Vlad Morozov, who also collected a national record of his own, in addition to a World Cup Record.

Splitting 21.34/23.89, Morozov clocked a wicked-fast 45.23 to top the men’s 100m free podium tonight, crushing more than two tenths off of the previous World Cup Record of 45.46 set by Australia’s Matthew Abood way back in 2009. Morozov’s performance also erased the previous Russian national record, which stood at the 45.36 Yevgeny Lagunov produced back in 2009. Morozov already owns his nation’s top 50 SCM freestyle mark ever with the 20.55 he threw down at the 2012 World Championships.

As more supersuit era records have fallen by the wayside within the long course meters realm, it’s logical we should also begin to see their SCM counterparts bite the dust now that the World Cup has reverted back to short course during this, a non-Olympic year. France’s Amaury Leveaux holds the short course 100 freestyle World Record at 44.94 from 2008, and Morozov’s 45.23 mark from tonight is now well within striking distance of that elusive standard.

Dressel will get it if nobody else can. Would love to see him do SC worlds. Under 50 in the 100 I.M.

wow, that’s a pretty similar time to Dressel’s 40.0 I think

But he still does not get it done when it counts. Morozov needs to improve his mental part.