Erika Brown Nominated For Tennessee Athlete of the Year 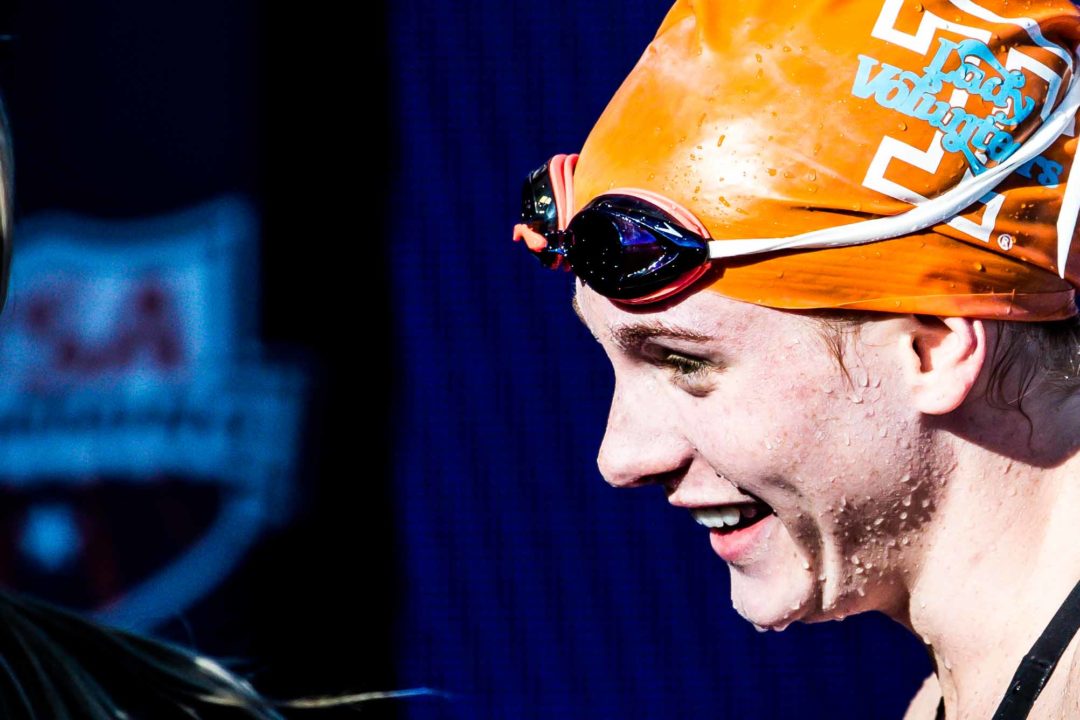 Brown led the Lady Vols to their first-ever SEC title in 2020, while winning seven medals – six gold and one silver – at the SEC Championships. Archive photo via Jack Spitser/Spitser Photography

BIRMINGHAM, Ala. – The Southeastern Conference announced each of its 14 member institutions’ 2019-20 Roy F. Kramer Athletes of the Year Award nominees Monday, with Erika Brown (swimming and diving) and Carey McLeod (track & field) earning nominations for Tennessee.

Each institution nominates one male and one female student-athlete for the award.

Brown, the American Record holder in the 100 butterfly, led the Lady Vols to their first-ever SEC title in 2020, while winning seven medals – six gold and one silver – at the SEC Championships. Her six gold medals ran her career gold medal count to 18, giving her 23 medals in all. The Charlotte, N.C., native was named the SEC Female Swimmer of the Year for the second-straight year.

A Honda Award finalist, Brown broke the American Record in the 100 fly at SECs with a time of 49.38 and capped the year with eight All-America certificates, giving her 21 career All-America honors.

McLeod was named the 2020 SEC Field Athlete of the Year and scored a team-high 18 points for the Vols in his SEC Indoor Championship debut — winning gold in the long jump and silver in the triple jump. With a school-record leap of 8.19 meters, he became UT’s first long jump conference champion since 1995.

The Male and Female Athletes of the Year will be announced on Wednesday, June 17.