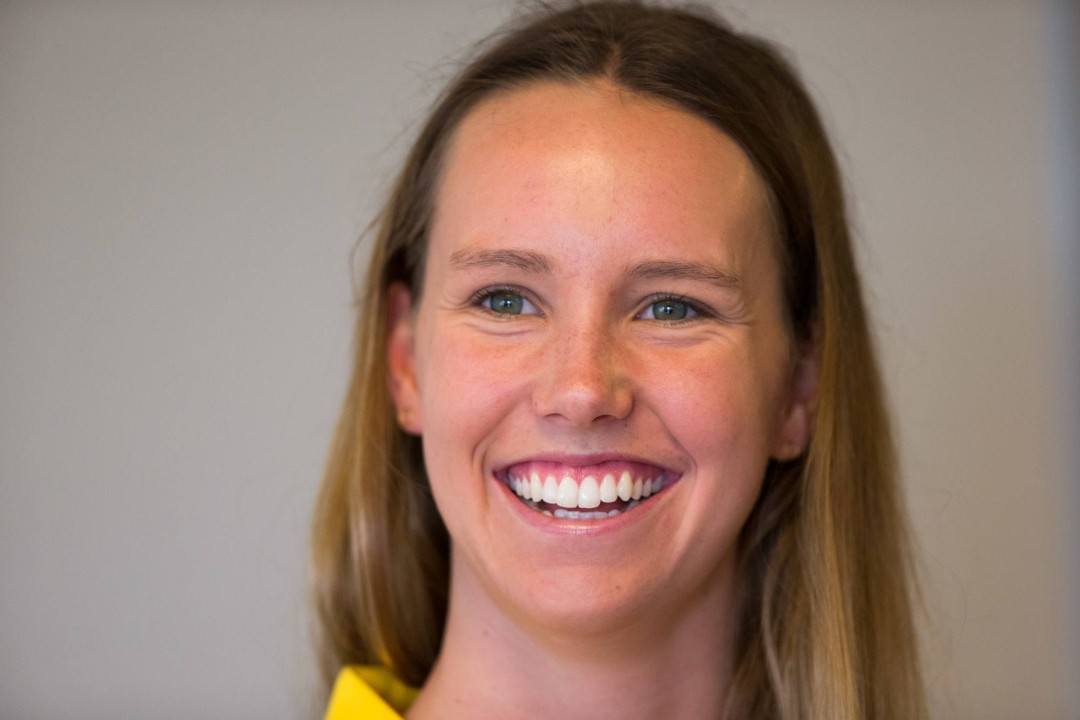 On Day 3 of the New South Wales (NSW) State Championships, 21-year-old Emma McKeon rocked a new Australian and Commonwealth Record in the women’s 200m freestyle. Winning the event in 1:55.53, the St. Peters and Western swimmer is now positioned as the 3rd-fastest woman in the world in the event, sitting only behind mega stars Katie Ledecky (USA) and Katinka Hosszu (Hungary).

Said McKeon of her effort less than 2 months from Australian Olympic Trials, “I was pretty happy. I was expecting to do a fast time because of the times I have been doing in training,”

“But when I touched the wall it didn’t really feel like anything great which I think is a good thing,” she continued.

Headed into this meet, McKeon’s best times (aside from her previous national record) included the 1:55.68 and 1:55.88 she clocked at the 2014 and 2015 Australian Championships, respectively. The National Team member didn’t have that kind of speed at last summer’s FINA World Championships however, as McKeon settled for 7th place in the 200m freestyle event. She managed times of 1:56.95 in semi-finals and 1:56.41 in the finals.

In addition to now holding the fastest 200m freestyle ever recorded by an Australian, McKeon also sits as the 4th-fastest Aussie in the 100m freestyle with the 53.32 she scored in 2015. Look for her to swim both events, as well as the 100m butterfly in April at Trials.