Emily Seebohm Holds on to 50 Breaststroke Entry on Start Lists 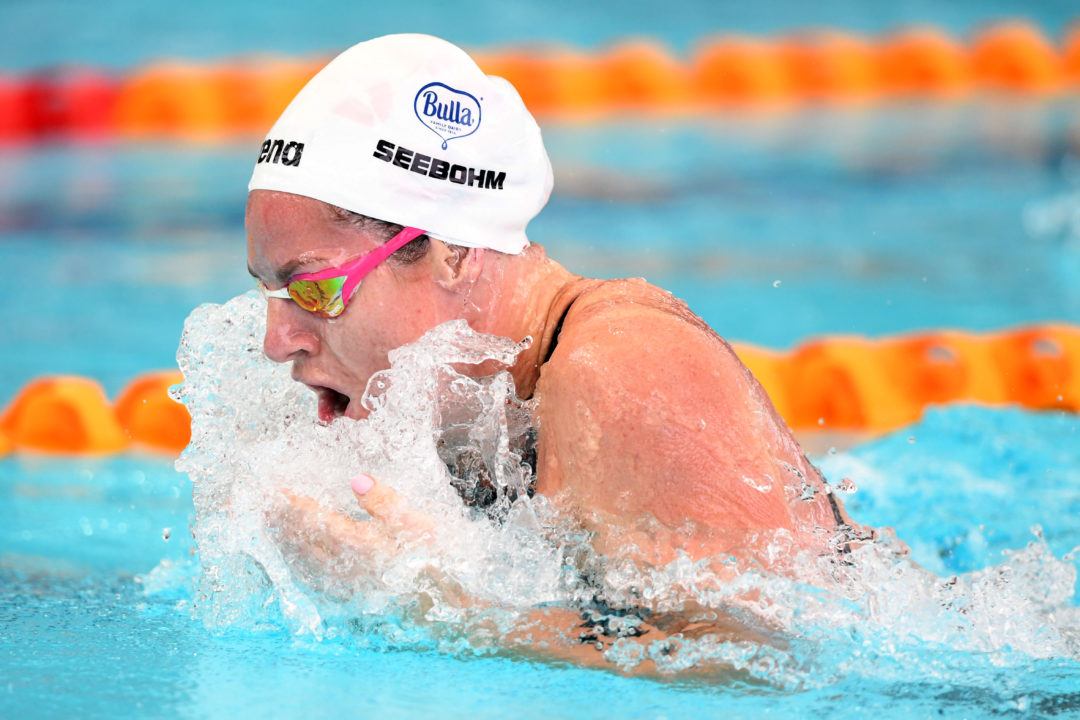 Seebohm is best known as one of the world's best backstrokers, but on Tuesday morning, she will show off her versatility in the 50 breaststroke. Archive photo via Swimming Australia/Delly Carr

It wasn’t a scratch, but rather a non-scratch, that was the biggest revelation of start lists for Tuesday’s (day 1) preliminary session at the 2018 FINA Short Course World Swimming Championships. Australia’s Emily Seebohm, a world-class IMer but best-known as a backstroker, has held on to her entry in the women’s 50 breaststroke for her first swim of the meet. There she’s the 6th seed behind a list of breaststroke specialists, especially the top two seeds Alia Atkinson of Jamaica and Ruta Meilutyte of Lithuania. They are the World Record holder and Championship Record holder, respectively, in the event.

Unless she scratches between now and then, that leaves Seebohm with a probable 2 swims on Tuesday (Australia’s women aren’t swimming the 400 free relay).

Other Noteworthy Scratches (or non-scratches):