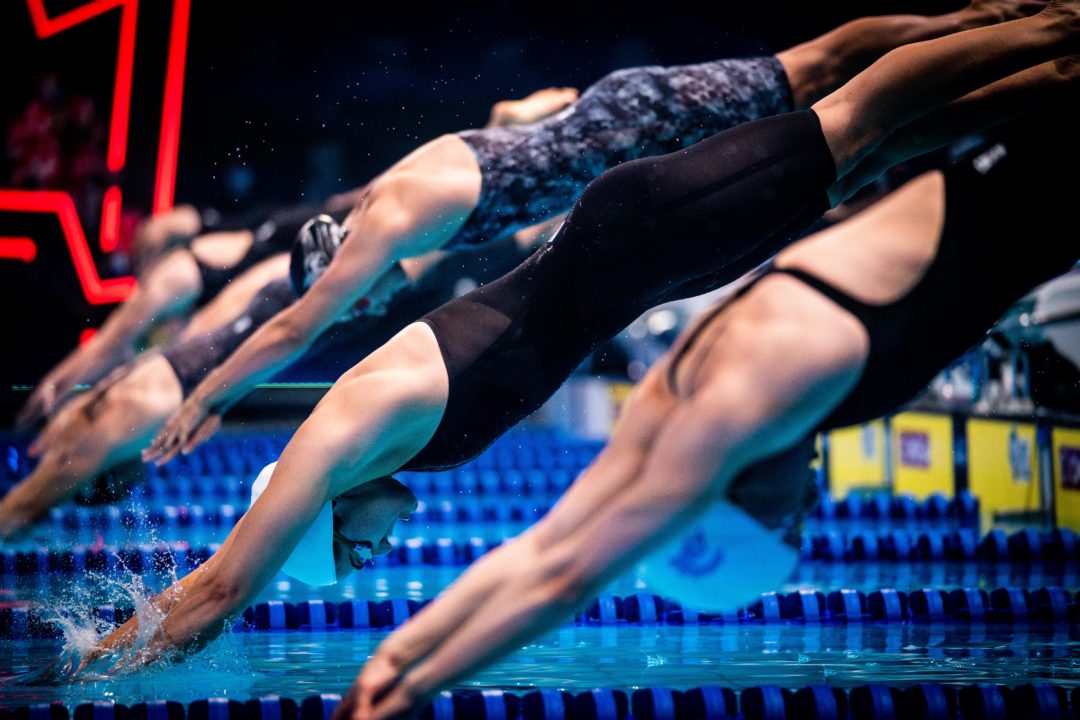 20-year-old Valentine Dumont has been putting on quite the show in freestyle events over the course of this International Swimming League (ISL) match 2. Current photo via ISL

While representing the Aqua Centurions, Dumont already cracked a new 400m free national record en route to topping the stacked field on day 1 here in Budapest. She logged a lifetime best of 4:00.37 to win the event.

Halving that distance today, Dumont would get to the wall in the 200m free in a time of 1:55.16 for 3rd place behind winner Marie Wattel of London Roar (1:54.65) and Veronika Andrusenko of Iron (1:54.78). With her outing, Dumont overtook her own previous national record for 1:55.67. That result was logged en route to finishing in 6th place at the 2017 European Short Course Championships.

Dumont was not a member of the ISL in season 1 but already ranks 13th among the MVP standings (8th ranked among just females) with a total of 30.5 points through her first match. That places the Belgian ahead of the likes of American Amy Bilquist (DCT) and Canadian Sydney Pickrem (LON), for perspective.