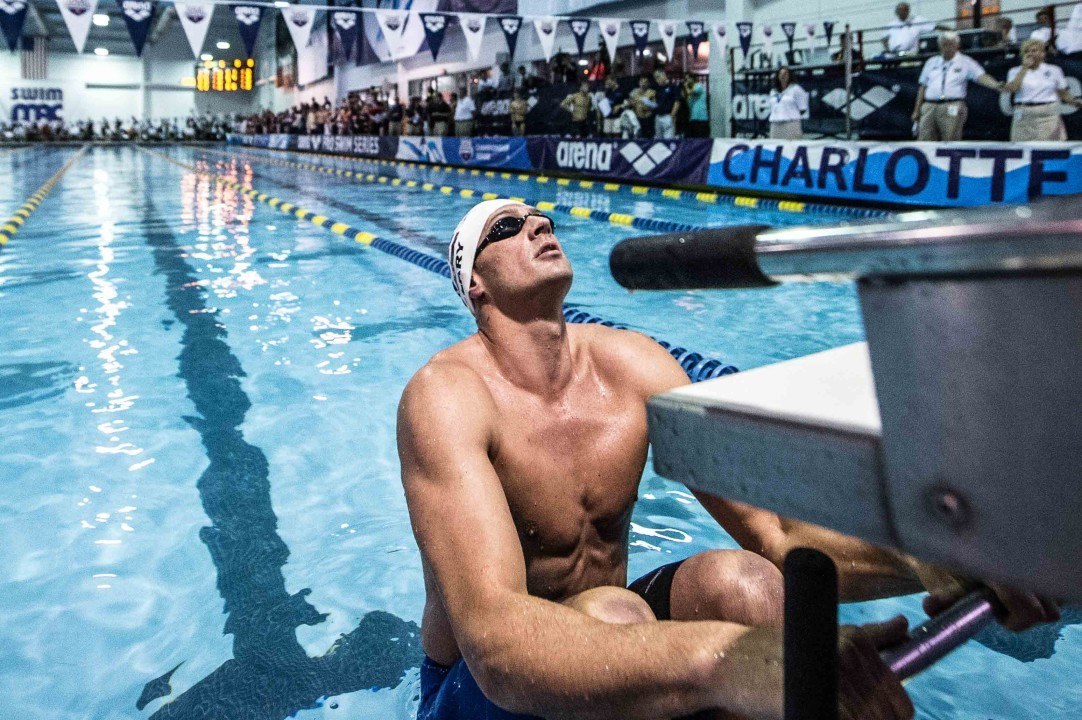 Ryan Lochte headlines the U.S. roster of the 2015 Duel in the Pool event coming up in December. Archive photo via Mike Lewis/Ola Vista Photography

Sparks will fly on December 11th and 12th at the IUPUI Natatorium in Indianapolis, as the just-announced USA Swimming roster takes on a line-up of European All Stars in the short course meters competition. The European roster is yet to be announced, but USA Swimming revealed the stars n’ stripes’ team members today, which includes such high-profile athletes as Ryan Lochte, Nathan Adrian, Missy Franklin, Lia Neal, Tyler Clary and Caitlin Leverenz, just to name a few.

We now know the event order for the 2015 Duel in the Pool, so swim nerds everywhere can start assigning events to swimmers to get a jump on what the actual entry lists will look like, at least on the American end.

The entire meet kicks off with both a men’s and women’s sure-to-be-heated 400m medley relay battle, then the two-day affair concludes with both versions of the 400m freestyle relay.  That’s a change from the 2013 edition, where the 400m medley relay was the very last event of Day one’s schedule. Another change is that the 2013 event line-up saw both the men and women competing in the 800m freestyle but this year’s meet has only the women competing in the 800m free, with the men racing in the 1500m distance.

200 free and 100 back double for Missy?? That would be a quick turnaround

I’m not sure Missy brings a lot of points in the 100 back in short course. Useless event for her at that meet.

Agreed,walls are so important which is what Missy lacks. Her raw speed is what she has as her advantage in LCM.

Off topic but seriously, please remove these very irritating Universal Sports videos from the world championships on the right of some articles like that one. Looks like they are present on every article about the US national team. The sound hurts my ears!
Thanks.