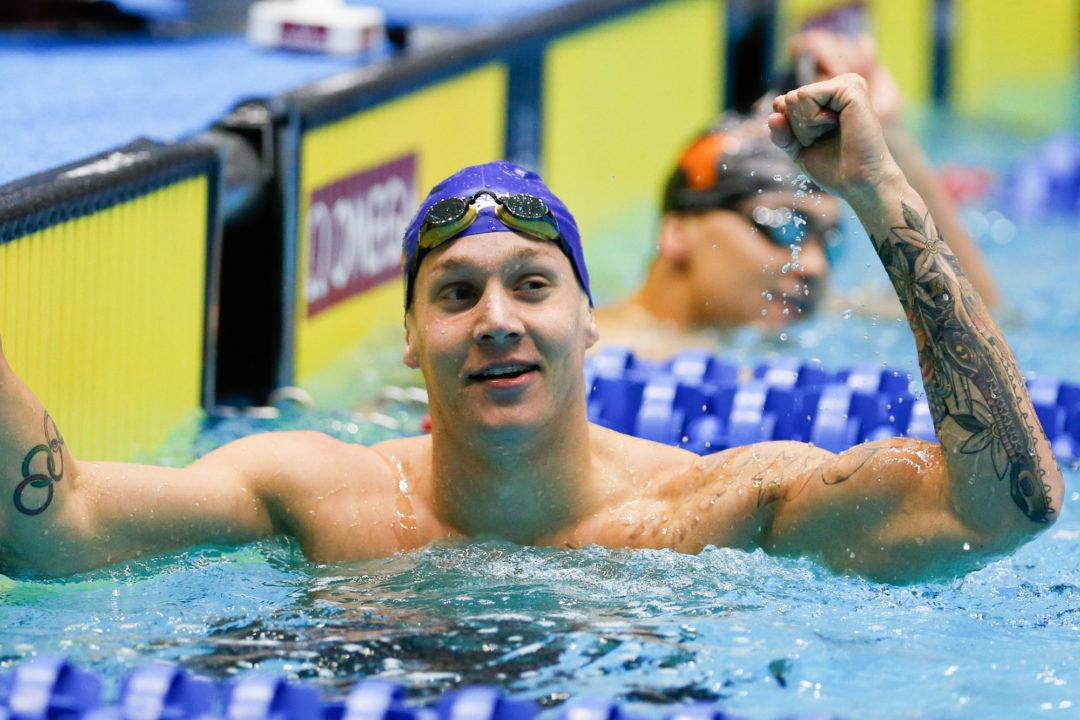 In the NCAA final, Dressel blasted off the final wall to overtake Schooling, posting a new NCAA, U.S. Open, and American Record to win the race in 43.58 to Schooling's 43.75. Current photo via Tim Binning/TheSwimPictures.com

Last season, Joseph Schooling became the fastest swimmer in history with a 44.01 in the 100 fly, but he narrowly missed becoming the first man to ever break 44. He set out on a mission to become the first NCAA swimmer to do so in 2017, but Florida’s Caeleb Dressel was ready to challenge.

In the NCAA final, Dressel blasted off the final wall to overtake Schooling, posting a new NCAA, U.S. Open, and American Record to win the race in 43.58 to Schooling’s 43.75. Dressel’s closing speed was incredible, as he brought it home in 22.88

so happy for him