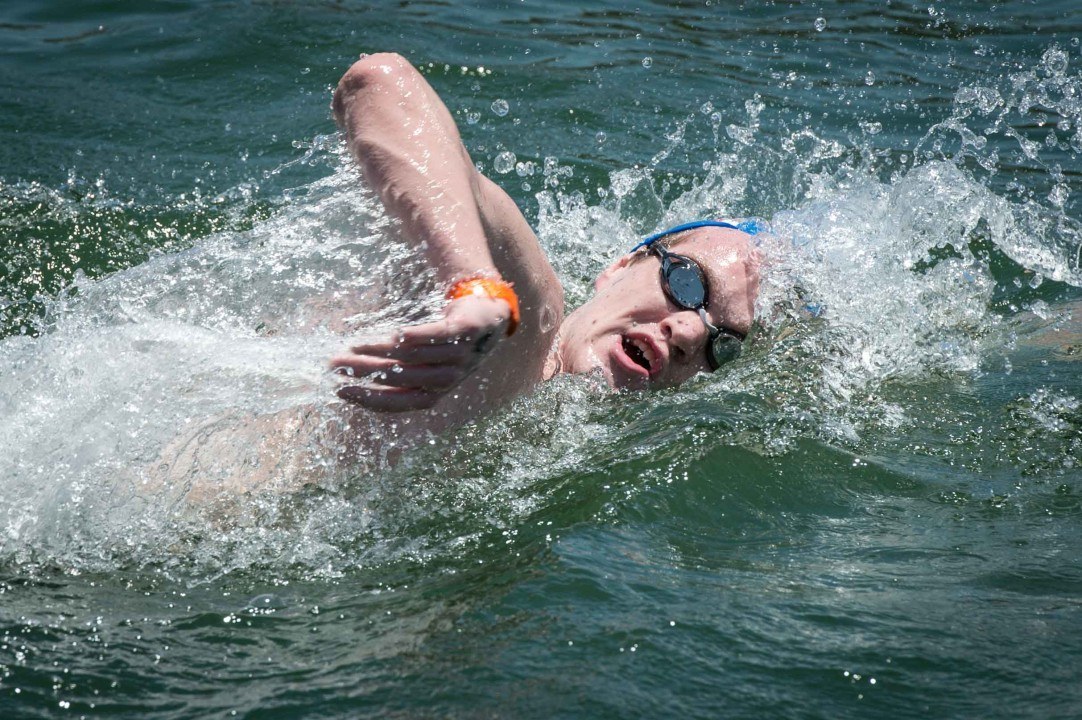 Though he was originally disqualified, Andrew Gemmell was officially named the 2016 U.S. Open Water National Champ in the 10K this afternoon. Archive photo via Mike Lewis/Ola Vista Photography

Though he was originally disqualified, Andrew Gemmell was officially named the 2016 U.S. Open Water National Champ in the 10K this afternoon.

You can view the full results here.

We covered the race earlier today, and you can view that recap here. Ferry Weertman of the Netherlands appeared to be the event winner after a tweet from USA Swimming suggested Gemmell, who finished the race first, was disqualified for a lost time chip.

But USA Swimming released the full results this afternoon, reinstating Gemmell to the top of the list.

We reached out to USA Swimming for explanation, and the federation said Gemmell’s DQ had been overturned.

That bumps Weertman to second and 2012 Olympic champ Ous Mellouli to third place overall. Gemmell’s winning time was 1:53:53.791, or about 1.4 seconds faster than Weertman.

Though a national title was at stake, the race didn’t have any Olympic ramifications for the Americans, with last year’s Open Water Nationals essentially deciding the nation’s Olympic hopefuls. The 2015 Open Water Nationals served as the qualifier for the 2015 World Championships, with the World Championships serving as the official qualifier for this summer’s Olympic Games.

The United States will be represented by Jordan Wilimovsky and Sean Ryan. Wilimovsky did not compete at this year’s Open Water Nationals, and Ryan took 9th overall.

So glad that this got overturned. Great effort by our top Americans! Has Sean Ryan ever won a National Championship, though?

Great news for Gemmell!!
If I were a pro open water swimmer, I’d go ahead and get the time chip implanted.
One less thing to worry about while crushing the open seas for two hours.