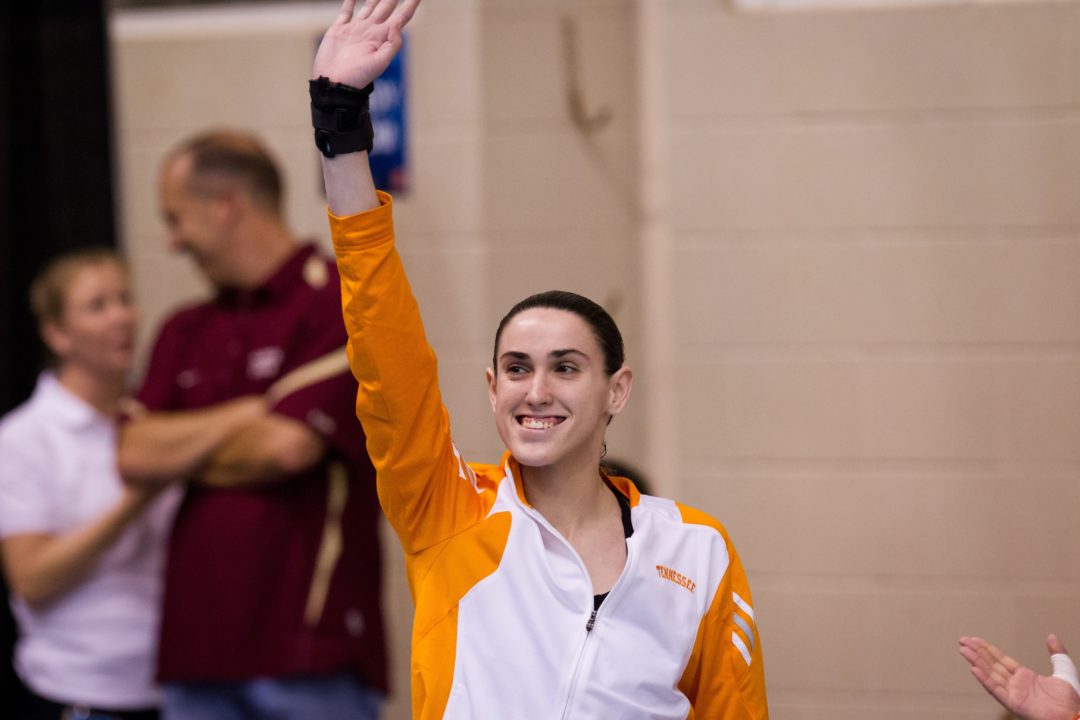 Cahalane comes to Akron as the head diving coach and owner of the American Flyers Diving Club in Hudson, Ohio.

Lamp scored 291.45 points in the final, led by a 63-point front 3 ½ pike in round three. Her fourth-place finish is her highest career finish in an international meet, with her previous best showing coming in 2012 when she finished seventh at the FINA Grand Prix Canada Cup. Wood advanced to the final in Mexico after placing eighth in the preliminaries and then finishing second in one of two semifinals on Friday. China’s Ji Siyu scored 340.85 for gold, while Laura Marino of France took the silver with 324.85 points. Italy’s Noemi Batki was third at 303.90.

Dumais finished with 422.30 points to place sixth in the men’s 3-meter final. His list in the finals included a reverse 3 ½ tuck that earned 82.25 points and a front 2 ½ with two twists that scored 86.70 points, but his front 4 ½ tuck scored 51.30 points to keep him out of the medal hunt. Dumais qualified for the winning after winning one of two semifinals on Friday, when he also placed fourth in the preliminaries. Mexico’s Jahir Ocampo took the gold with 498.25 points, with silver going to China’s Peng Jianfeng at 486.45. Germany’s Martin Wolfram scored 448.55 points for bronze.

In a close women’s synchronized 3-meter contest, Johnston and Ryan scored 284.10 points for fifth, just 2.76 points behind bronze medalists Paola Pineda and Carolina Mendoza of Mexico. The Americans scored 61.20 points or higher on each of their three optional dives, including 66.60 points on their back 2 ½ pike. China’s Wu Chunting and Qu Lin topped the field with 312.30 points, and Australia’s Samantha Mills and Esther Qin scored 290.40 points for the silver.

Saturday concluded competition for Team USA in Mexico. Lamp and Dumais were the only two U.S. divers to advance to the six-diver individual finals, although four others advanced through to the semfinals on Thursday and Friday. Ryan finished eighth and Ariel Rittenhouse (Santa Cruz, Calif./Stanford, Calif.) was ninth in Thursday’s women’s 3-meter event, while Brandon Loschiavo (Huntington Beach, Calif./Mission Viejo, Calif.) made his senior international debut and placed ninth in men’s 10-meter on Thursday. Delaney Schnell (Tucson, Ariz.) was ninth in women’s 10-meter on Friday. The U.S. also won a pair of medals in the new mixed gender synchronized events. Johnston and Jordan Windle (Morrisville, N.C./Durham, N.C.) were second in mixed 3-meter synchro on Thursday, while Schnell and Toby Stanley (Conway, Ark./Durham, N.C.) were third in mixed 10-meter synchro on Friday.

Next up for many of the U.S. divers is the USA Diving Synchronized National Championships, which will be held April 9-12 in Greensboro, N.C., and will serve as the selection trials for the 2015 World Championships in the synchronized diving events.