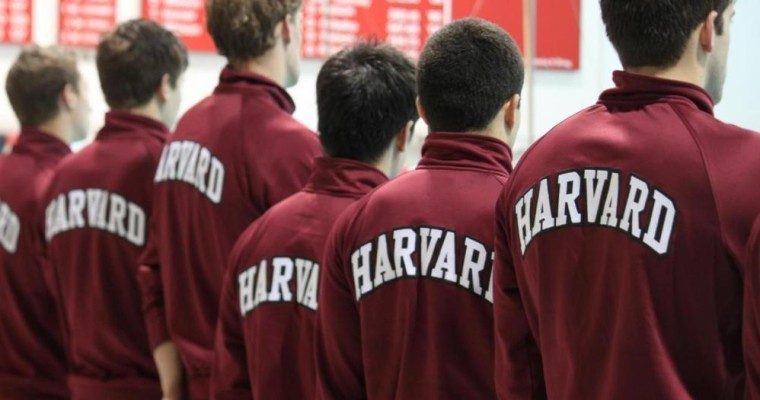 And then there were four: RMSC's Brennan Novak is the latest to give his verbal commitment to The Crimson.

Rockville-Montgomery Swim Club’s Brennan Novak has given a verbal commitment to swim at Harvard beginning with the 2015-16 season.*

Novak’s prep career has been at Gonzaga College High School in Washington, D.C. At the 2014 Washington Metropolitan Interscholastic Swimming and Diving Championships, Novak took third in the 200 free and second in the 500; he swam both finals against future Crimson teammate, Gavin Springer.

His best times over the last two years are:

Novak is a big distance get for The Crimson. His 500 and 1650 times would have just put him inside the top eight at 2014 Ivy League Championships, and his 1000 would have scored big points for Harvard had he swum it at Ivies. Harvard has really beefed up its distance freestyle presence with the verbal commitments of Novak and Springer.

*DISCLAIMER: Novak has not yet been officially accepted to Harvard. As is true with all Ivy League schools, Harvard’s Admissions Office will not send its acceptance letter until the beginning of December, along with those of all Early Action candidates. The procedure for a recruited athlete like Novak is for Admissions to review his transcript and SAT scores, “support (his) application for admissions in the fall,” issue a Likely Letter, then offer him acceptance into the class of 2019.

Awesome. It’s so cool that a website like swim swam exists, where you can find up to date information about what the future of the sport holds. What did we do before it?

Kool. Harvard has produced a lot of athletes in its history.

When compared to a school like USC, UCLA, Stanford- no comparison.

Harvard- stick to education. When is the last time Harvard won a national conference title?