DIII Senior Spotlight: The Scientist and The Sci-Fi Guy 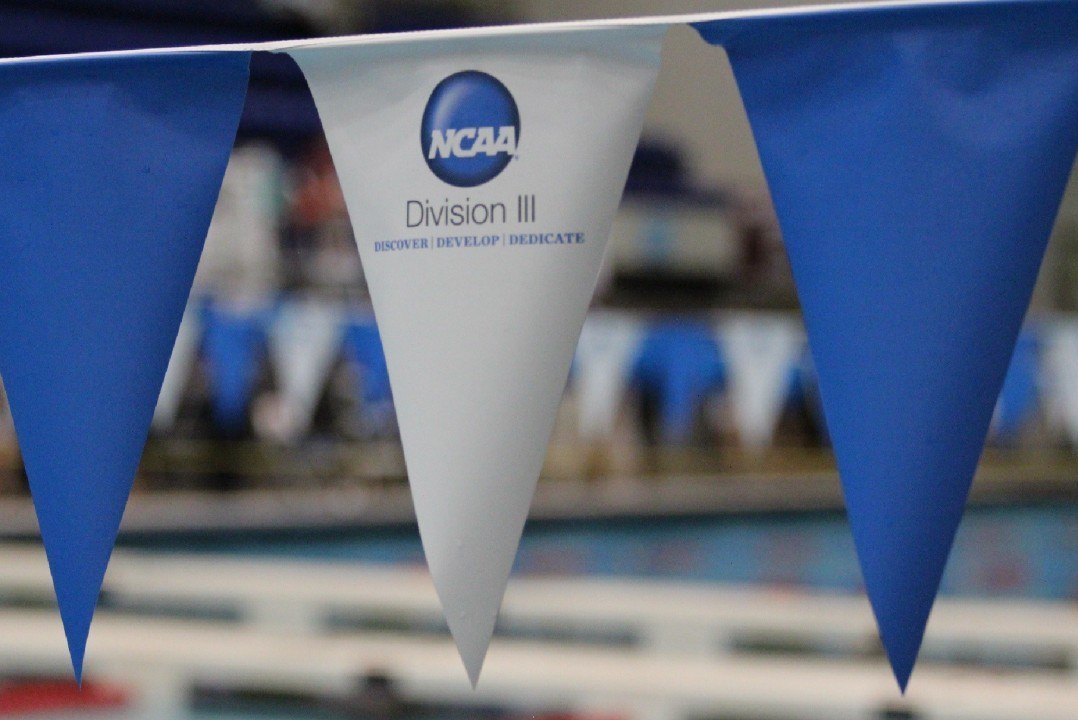 Henderson joins the W&L Swimming coaching staff after having spent the previous two seasons as the graduate assistant coach at the University of Arkansas.

The Bulldogs have partnered with Youth Transformed for Life (YTL) to help teach local kids how to swim who normally would not get the chance.

Pacific Lutheran senior Rachael Nelson is one of those Division III athletes who seems to have time for a little bit of everything. She’s worked with PLU’s Relay for Life, volunteered to teach swim lessons for the Special Olympics and spends free time working in the school’s community garden. But somehow, Nelson still finds the time to continue work in two other areas she is passionate about: swimming and science.

Nelson is a biology major at PLU with a minor in chemistry. She applied this summer for an internship geared specifically towards PLU bio majors at the Fred Hutchinson Cancer Research Center. Nelson’s work this summer was with vaccines: specifically helping to develop a new kind of low-cost, no-needle vaccination known as a “nanoparticle vaccine.”

“They were actually perfecting the nanoparticle part of it,” Nelson explained. “The disease they were using was HSV – so Herpes Simplex Virus. So they were using it for the HSV but then, eventually, when they perfect the vaccine, it would be used for all different kinds of virus.”

Nelson did her research in Seattle while commuting from Tacoma every day: about a two hour journey each way. “We would come in kind of early,” Nelson explained. “We would arrive around nine-ish and go down […] for tissue harvest. We would harvest the tissue from the mice that had been treated with the nanoparticle vaccine.” After gathering the samples, the tissue underwent processing in the lab.

The tissues processed included those from lymph nodes and organ, checking for the T cell count to tell how established the immune system was to fight off threats. “You strain them through tissue strainers – basically strainers with little holes in them,” Nelson said. “You get them down to the cells you want. Then eventually the other scientists would culture and stain the different cells.” After growing the cells in Petri dishes, flow cytometry was used to analyze the chemical and physical makeup of the cultures, and thereby gauge T cell response.

While Nelson said she enjoyed her long hours in the lab at Fred Hutchinson, she also said she was interested in trying out a few new things in this school year, to find her niche before graduating. She planned to find a biology internship or do work with environmental science prior to graduation, just to try it out. “I just want to see if I like that versus research,” Nelson said. “But right now the plan is probably to try to get another job at Fred Hutchinson.”

Nelson knows that she’ll have to work up through the ranks to get to where she eventually wants to be: the top dog of the research group. “Eventually I would want to be head researcher, but in the beginning I’ll have to work my way up. I’ll probably be a lab technician, and do that for a couple years, then go to grad school to get a PhD.”

All About the Start (Ups)

Senior Austin Fathman is a computer science type guy. Not surprising, considering that he attends MIT, where an interest in technology is pretty much a requirement. Fathman has taken his interest in the tech world in several different directions, including working in Virginia this summer and helping with MIT starts ups during his collegiate career.

“This summer I was in Virginia working at a small start up company called APX Labs,” Fathman said. “They produce smart glasses for what we call the ‘deskless worker’ – so military, doctors, factory workers. Basically bringing technology to the industrial field to make it more efficient and safer.”

There’s a wide range of “smart glasses” out and available currently on the market. Google – of course – has the GoogleGlass, as do other companies, such as Viziux’s M100 and Epson’s Moverio smart glasses. “[These smart glasses] provide an actual layer of information to the workers, depending on their application,” Fathman explained.

In cases like the M100, the technology seems designed to replace smartphones and computers with an information display, recording capabilities and wireless connectivity. In many ways, these appear to be more like science fiction gadgets rather than the logical “next step” in the tech world.

And yet, they might actually be the next step.

APX Labs – where Fathman worked this summer – has created a software platform called Skylight that enables the creation of apps for smart glasses. Fathman’s programming expertise let him do some developing himself, embedding the Skylight platform on new pairs of smart glasses.

Working with computers and sight isn’t new for Fathman: his primary focus at MIT as a student is in computer vision. “[Computer vision] is having machines recognize the world around us,” Fathman explained. In addition to working closely with one of his professors, Fathman also has become involved with three other start up groups that have come out of MIT.

The newest, not-yet-released start up is called Flying Comrades and will be a nonprofit organization dedicated to helping underprivileged kids through academic mentorships and airplanes. “We’re working through the paperwork in order to get the nonprofit status through,” Fathman explained. “I was the main idea,” he said. “I’ve worked with two other people here at MIT and we filed for corporation status in Massachusetts. We’re hoping to launch this in January, initially.”

The group will have some work ahead of them to get the word out to students who might benefit from the program. “We’ll be in contact with local schools, announcing this program that’s available,” Fathman explained. “Students will be able to sign up and we’ll be taking them out on weekends to go to fly out of Logan Airport.”

While Fathman has been working on his pilot’s license, he won’t be the one giving rides. Instead, he’s more interested in the “on ground” portion, working with students as a mentor. “I really enjoy finding a problem, making a solution for it and then bringing it to life,” Fathman said.

That’s while he’s on dry land. The water is a whole different story. “It’s kind of an escape from the pressures of MIT,” Fathman explained. “It allows me to bond with a bunch of great people and really work hard towards a cause – the cause being to swim really fast.” Fathman competed at the NCAA level the previous season, and has another shot at making the meet this year too.

And yet, even with the perfectionist pressure of place, Fathman still sees swimming as a personal struggle against the clock. “Last year I was really low 20s. I didn’t hit that 19 point. I’d like to see myself hit the 19s. Team-wise, I’d love to see a second or first place [at NCAAs]. We have the firepower and the dedication in order to get that.” Check out MIT’s first dual meet of the season to see how they’re doing so far this year.