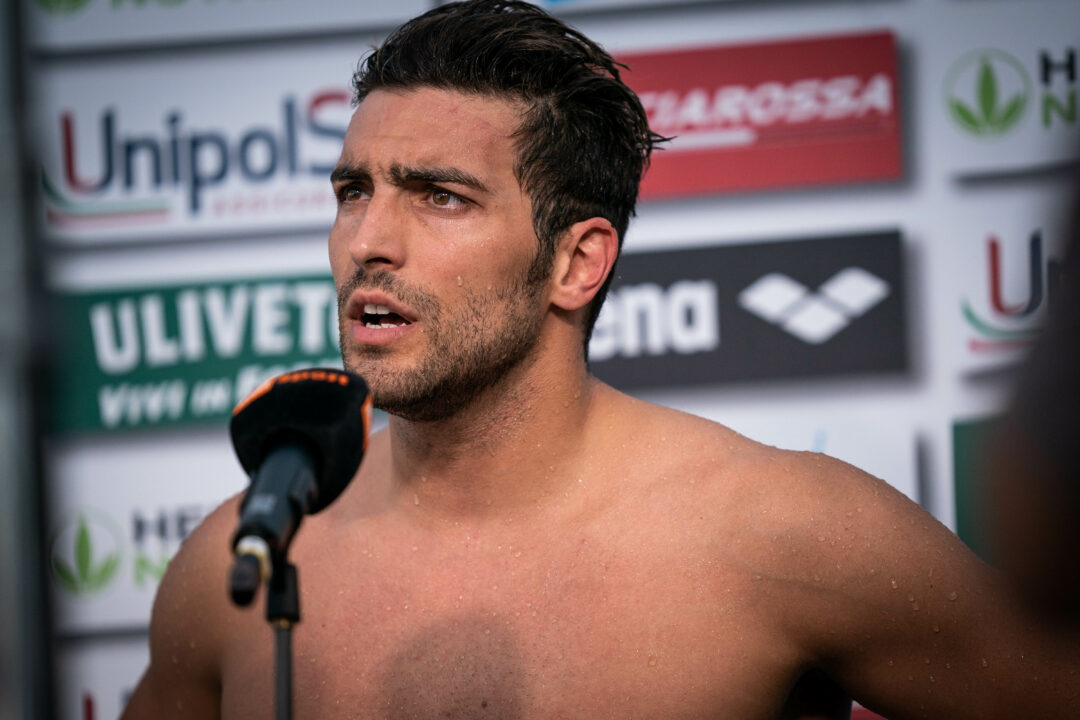 Day 1 of the 47th Nico Sapio Trophy in Genoa, Italy saw Olympian Gabriele Detti get it done for gold in the men's 200m freestyle.  Archive photo via Mine Kasapoglu

Day 1 of the 47th Nico Sapio Trophy saw Olympian Gabriele Detti get it done for gold in the men’s 200m freestyle.

Against a pair of Lamberti’s in Matteo and Michele, 27-year-old Detti stopped the clock in a time of 1:45.33. That just beat out the former Lamberti by .20 while Michele hit the wall one second later in 1:46.53.

For Detti, this competition represents his first of the short course season, with tonight’s performance checking in as his 9th fastest 2free ever. Detti’s personal best in this event is represented by the 1:43.65 he logged back in December of 2016.

Entering this meet, Lamberti had been as quick as 14:44.87 from March 0f 2019. However, slicing about 6 seconds off of that past result, the ace has now become Italy’s 8th fastest man ever in the SCM 1500 free event.

Fangio has been under 2:20 on two separate occasions with her fastest time ever marked the 2:19.69 she produced for the bronze medal at this year’s European Short Course Championships. That time fell just .01 outside of Martina Carraro’s Italian national record of 2:19.68 that’s been on the books since 2019.