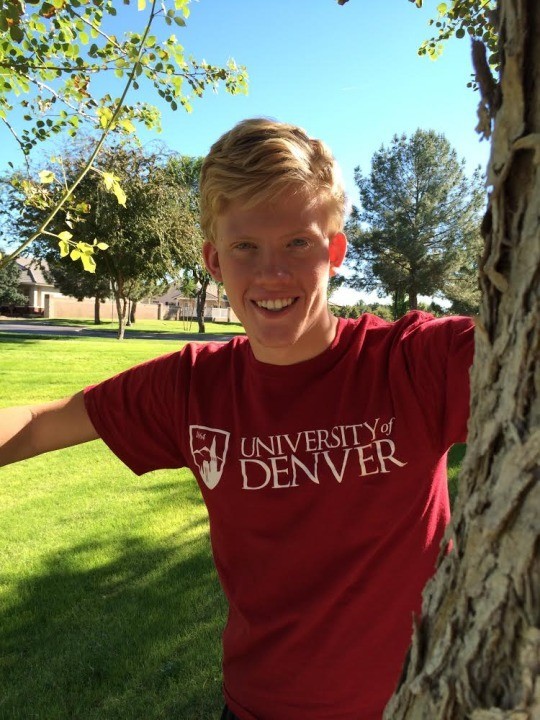 The Denver Pioneers have added another talent to a set of strong events for them, picking up a verbal commitment from Mesa Aquatics Club's Kyle Ewoldt. Current photo via Kyle Ewoldt

The Denver Pioneers have added another talent to a set of strong events for them, picking up a verbal commitment from Mesa Aquatics Club’s Kyle Ewoldt.

Ewoldt excels through the mid-distance freestyles, with his best events being the ones Pioneer Dylan Bunch won at last year’s Summit League Championships. He’ll get to train alongside Bunch, currently a junior, for one season. Ewoldt might have more immediate-impact potential in the 200 fly and 400 IM though – his lifetime-bests in both would have been 3rd in the conference last year.

Ewoldt, who swims for Mesa Aquatics and Highland High School, should have plenty of lineup options throughout his college career. Denver is coming off a great season in which the Pioneers blasted the rest of the Summit League. Ewoldt should help ease the losses of some of their top swimmers after this season, including Jeremiah Zgliczynski, who won the 400 IM in 2014.