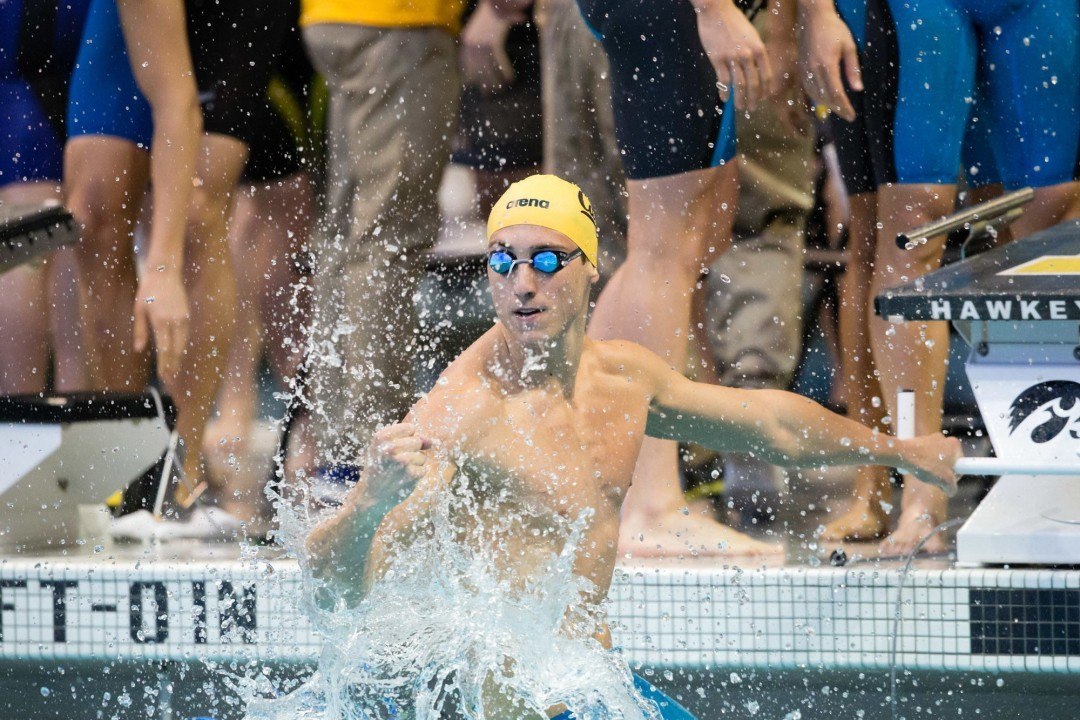 After losing ground to cross-country rival Texas on day 1, California showed up ready to throw punches on day 2, setting a new American record in the very first event of the prelims session.

Their 1:22.40 in the 200 medley relay would hold up as the only American record to fall on the day despite multiple close calls.

That relay was headed by star backstroker Ryan Murphy, who cruised his way to a 20.82 in the morning. He was actually two tenths faster at night, and with all three of four legs returning next year, that’s evidence that Cal could go even faster in 2016.

The surprise difference-maker there was senior Chuck Katis. After spending two seasons at Harvard, Katis has blown up with the Bears, and put up the fastest 50 breast split in history at 22.64.

Freshman Justin Lynch is a high-ceiling butterflyer who was a solid 20.63 but has some serious potential to cut time down the road. And anchor Tyler Messerschmidt was consistent, going 18.61 in prelims and 18.68 in finals.

That leaves Cal within two tenths of the U.S. Open and NCAA records, set by Michigan’s loaded 2013 squad. No doubt the Golden Bears already have that record in their sights for next season.

All photos courtesy of Tim Binning/TheSwimPictures.com.

Adam Hinshaw moves from outside the circle seed all the way into the top 8 in prelims of the 400 IM.

Hinshaw has done that two years in a row… big meet swimmer.