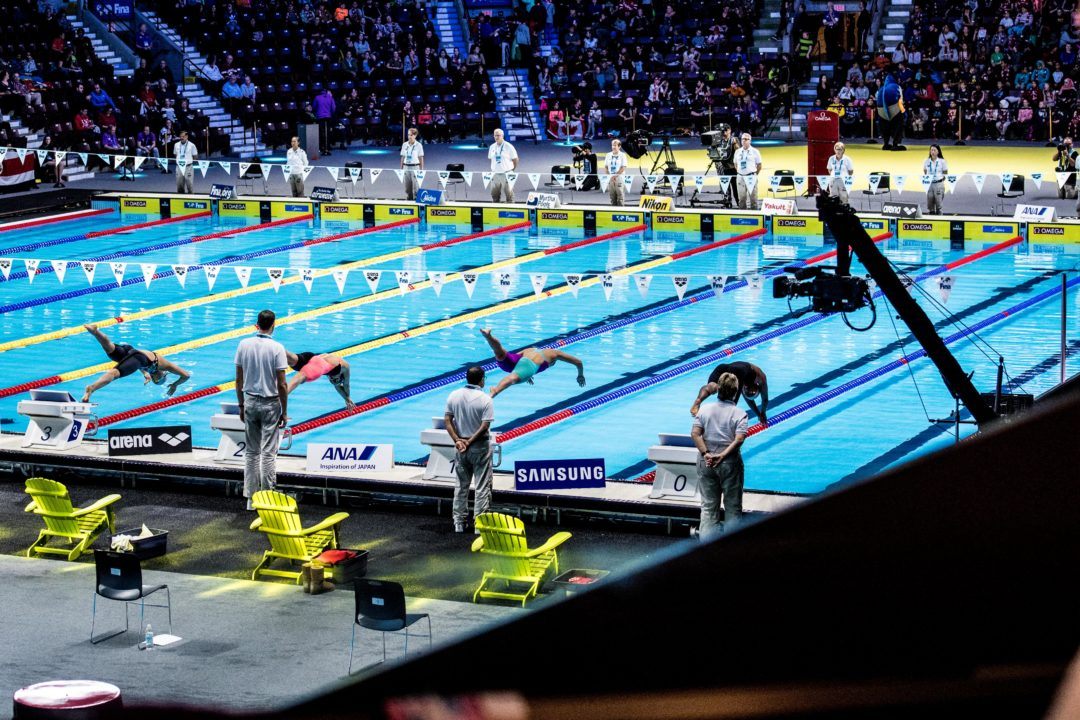 David Morgan lowered the Oceanic Record in the men's 100 fly in a time of 49.31, winning bronze in Windsor. Stock photo via Mike Lewis/Ola Vista Photography

Australian David Morgan put forth a fantastic swim in the men’s 100 fly final, lowering the Australian and Oceanic Record in a time of 49.31, earning him the bronze medal. His old record stood at 49.52, set just a month ago in Brisbane. Previous to that, the record belonged to 2008 100 fly Olympic bronze medalist Andrew Lauterstein, who went 49.54 twice during the 2009 World Cup circuit.

Morgan had solid swims of 50.58 and 50.06 in the heats and semis, and had an outside medal shot coming into tonight, though the top three seeds from the semis were going to be tough to beat. Adam Barrett, Chad Le Clos and Tom Shields all cracked 50 seconds in the semi-finals, including a 49.21 British Record from Barrett. He was just over two tenths slower tonight, opening the door for Morgan to sneak in for bronze by 16 one-hundredths.

Le Clos won gold in a blistering World Record of 48.08, and Shields took silver in 49.04. That was the exact same order they finished in two years ago at the Championships in Doha. At that same meet, Morgan finished 15th overall in a time of 50.96.

Morgan still has the 50 fly to come, which have the prelims going off tomorrow morning. He finished 11th in the 200 fly on day 1.