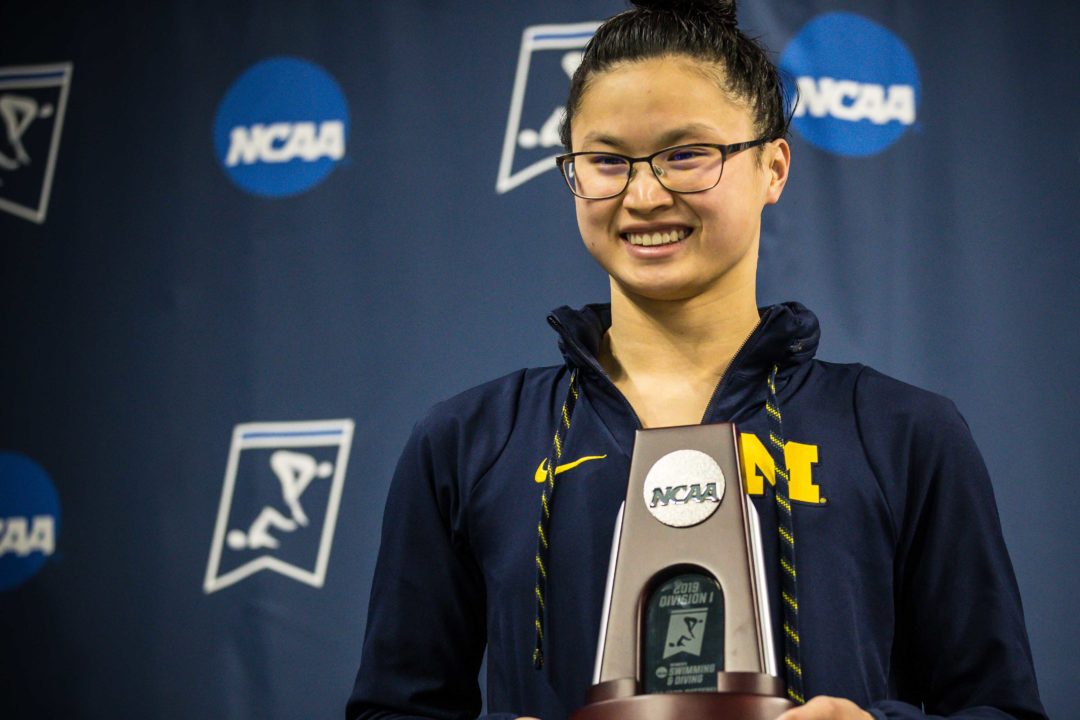 Louisville and Virginia led all Division I women's teams with 16 First-Team Selections, while Texas led on the Division I men's side with 17. Archive photo via Jack Spitser/Spitser Photography

The College Swimming Coaches Association of America has named 1,479 swimmers and divers to the Scholar All-American Team for the 2019-20 season. The award recognizes students who achieved a grade point average of 3.50 or higher and were invited to compete at their respective national championship.

In addition to 209 teams receiving first-team selections, 97 programs placed one swimmer or diver selected on the All-America Second Team roster. These student-athletes have similarly achieved a GPA of 3.50 and achieved a “B” time standard or competed at an NCAA Regional or Zone Diving qualifier. In total, 282 teams placed at least one individual on the First or Second teams.

Queens University of Charlotte also tallied 16 first-team selections to lead Division II women while Cumberlands (15) and Indian River State College (12) led the NAIA and NJCAA respectively. The University of Indianapolis’ 15 selections were the most men in Division II. Among NAIA men’s programs, SCAD-Savannah, Keiser and Saint Ambrose set the pace with 10 selections each. Southwestern Oregon Community College which led all NJCAA men’s programs with 10 as well.

Congrats to everyone who made the team! (Also is it just me or does anyone find it kind of interesting to see what everyone is majoring in)

YES, very interesting. Primarily science, math, and business. The best swimmers are usually the best academic students also. Chill on the down votes people, I know there are plenty of exceptions but I’m holding firm on the majority.

It appears Florida Women had the most with 24!