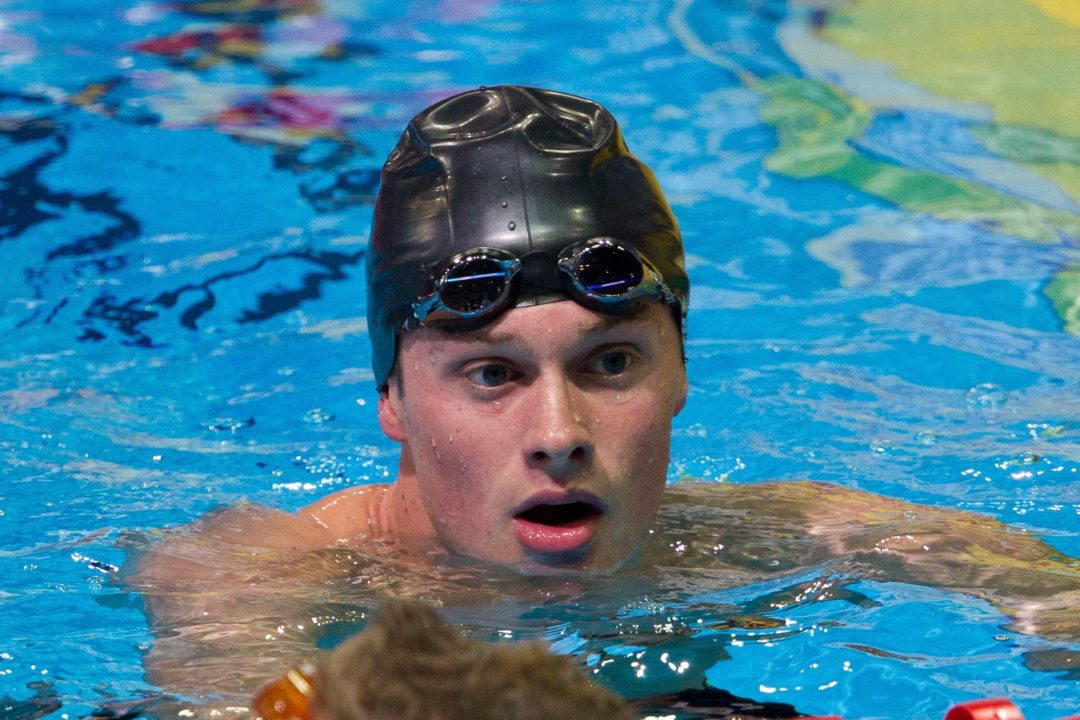 Katie Ledecky scratched her first individual event, the women’s 200 free, on the first prelims session at the 2012 Tom Dolan Invitational on the University of Maryland campus this morning, but Jack Conger and new National Age Group Record holder Janet Hu both kicked off their meets in fine fashion.

Conger, showing off his versatility once again, swam a prelims 47.16 in the boys’ 100 fly to take the top seed ahead of another major senior swimmer – Michael Domagala – in 49.26. That’s Conger’s best time by .03 from last season’s NCSA Junior Nationals.

Hu broke two National Age Group Records at last week’s senior Winter National Championships in Austin (matching the two that Ledecky got); one of those was in the 100 fly where she was a 52.40.

A full recap will come after finals. HyTek live results aren’t working at present, but you can see them on the MeetMobile app on your smartphone.