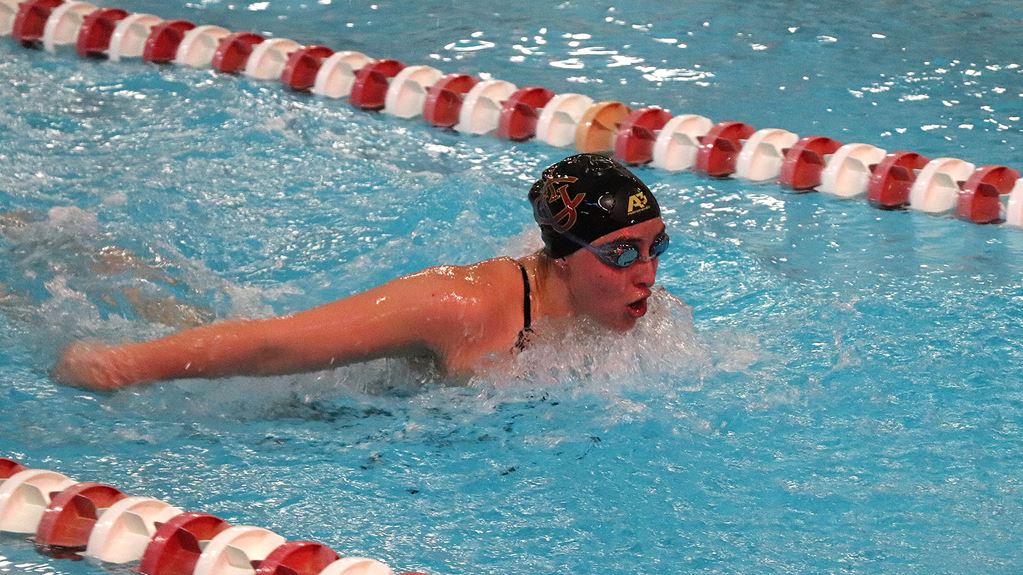 The triple-digit victory, which could have been even more lopsided had the Mavericks (1-4, 1-0 RMAC) not exhibitioned all of their competitors in the final four swimming events, was the first for the Mavericks’ new head coach Mickey Wender and extended their RMAC winning streak into a fifth different season and to 17 consecutive conference wins since starting the streak on Jan. 22, 2016 against the Mountaineers (3-1, 0-1 RMAC).

Wender has more than 400 career wins in his 27 years as a collegiate head coach at Army West Point, Washington and UC-Santa Cruz.

Senior Brittany Dixon set new pool records for both six and 11 dives off the 1-meter board as she scored 274.75 points on her six optional dives and 455.15 total points. She and teammate Ali Lange, who had 396.95 total points, both set NCAA Division II Championship qualifying marks.

Dixon was also credited with two wins as she fared best in the five compulsory dives with 180.40 points before tallying her record-breaking total in the optional stages. Her 6-dive mark broke the former 6-dive record of 215.38, which had been held by CMU’s Amanda Jennings. WCU’s Jessica Anderson had held the natatorium mark of 418.50 points.

Meanwhile, the Mavericks were breaking swimming records early and often as well.

The 200-yard medley relay team of Sarah Fillerup, Samantha White, Lauren White and Bret Congdon posted a time of one minute, 49.58 seconds to open the dual, bettering the former record of 1:50.19 which had been set by Grace Payton, Samantha White, now student assistant coach Danielle Jefferies and Sierra Forbord nearly a year ago (Oct. 27, 2018).

Reigning RMAC Swimmer of the Week Lauren White, also a freshman, won both backstroke events as she took the 100 back in 57.85 seconds before coming back to win the 200 in 2:06.91.

The Mavericks’ A, B and C 400 freestyle relay teams then capped the night all finishing in quicker times than WCU’s A team, which were the official winners in 3:49.85. CMU’s top squad of Lauren White, Maddie Pressler, Ruby Bottai and Logan Anderson finished more than eight seconds quicker in 3:41.76.

The Mavericks will attempt to continue their momentum on Friday when they contest another RMAC dual at Adams State. CMU’s men, who were off on Thursday, will also compete against the Grizzlies in Alamosa at noon.