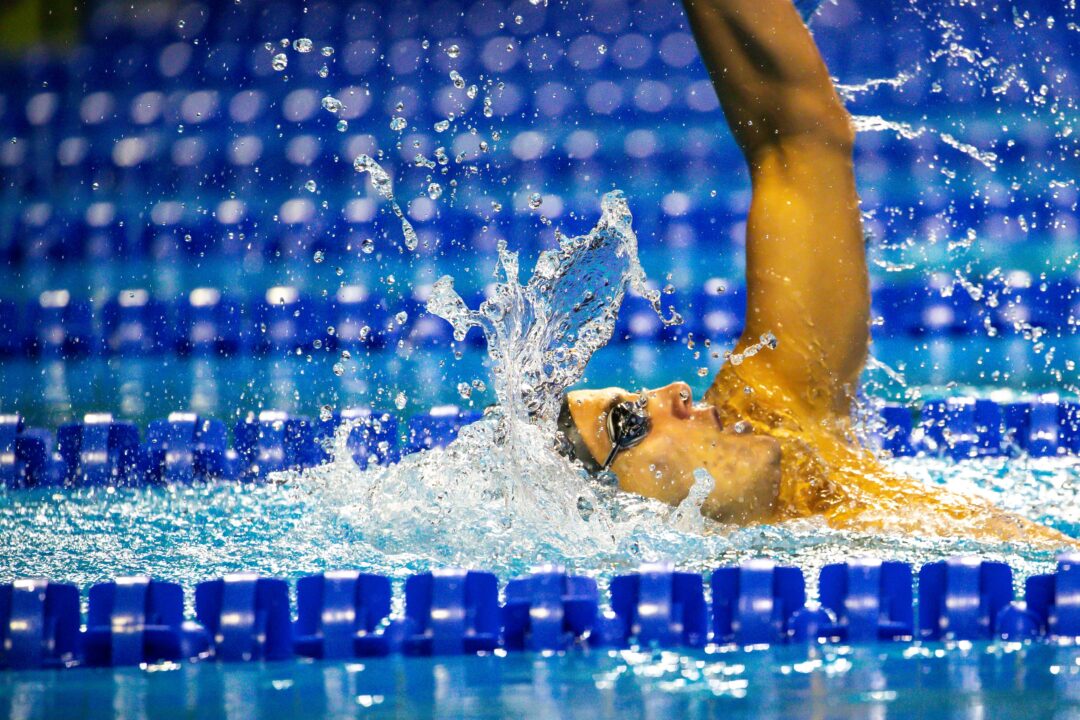 Only two of tonight’s twelve Wave II qualifiers have already earned a spot in next weekend’s meet. 400 free runner-up Malia Rusch and 200 back winner Colby Mefford finished in the top two of a previous finals session. Mefford secured his spot when he finished second in the men’s 200 fly on Day 1. Last night, Rusch won the women’s 200 free by 0.01 seconds to advance to Wave II.

Tonight, the pair picked up more Wave II qualifications. Although the rules state that once an athlete earns a spot in Wave II they can swim all of their Wave I events, Rusch and Mefford fought to finish in the top 2.

Mefford’s time of 1:59.85 will make him the top-ranked swimmer of tonight’s group. His is projected to be the 21st going into next weekend’s meet. If he can repeat tonight’s swim, he will have a shot at making it back in the top 16.

100 fly winner Nikki Venema will also be ranked highly going into Wave II. Her time of 59.24 puts her in 29th place. She has the chance to move up in the rankings and squeeze into a final if she too is able go the same time as she did this evening. Venema also saw a large jump in her rankings. Going into the prelims heats, she was ranked 46th with a time of 59.86. Her 0.62-second drop moved her up 17 places.

Sally Tafuto made a similar jump when she came from behind to win the women’s 400 free. Her time of 4:16.05 placed her 58th amongst the American women. After a 2.1-second drop, she now sits at 44th.

With one day to go, 33 swimmers have secured their ticket to return to Omaha next weekend for Wave II of the 2021 U.S. Olympic Trials.

>If he can repeat tonight’s swim, he will have a shot at making it back in the top 6
I don’t understand the significance of the number 6 in this instance.