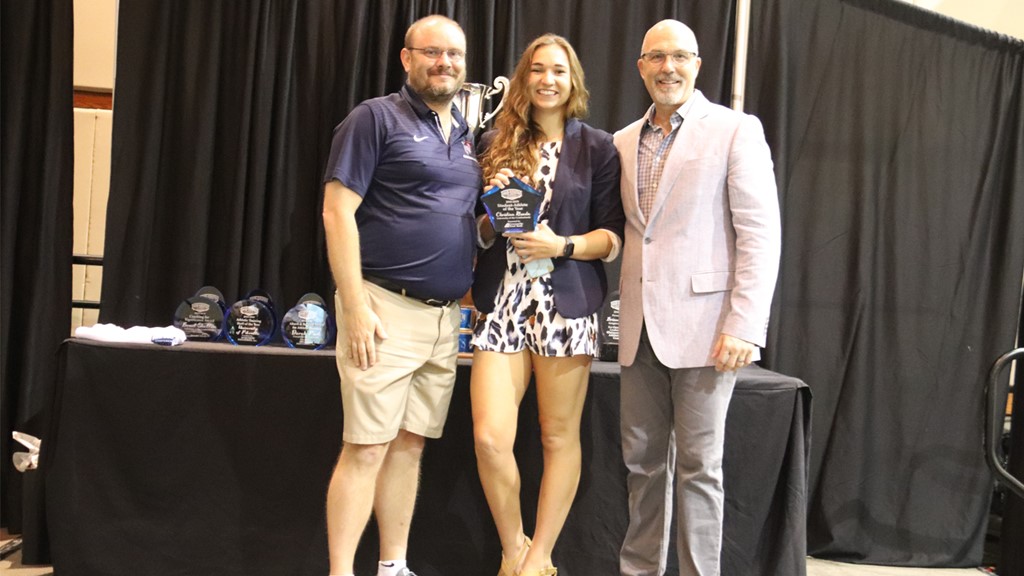 Distance freestyler Avery Herring has announced her intention to swim for NAIA’s Lindsey Wilson College beginning in the fall of 2021.

T&T backstroker Delroy Tyrrell will bring conference A final-worthy times to Lindsey Wilson when he starts in the fall of 2021.

Christina Clouda of the Cumberlands headlined the honorees as the Google Cloud Academic All-America Team Member of the Year for the second straight year. She also earned first team honors for the second straight year and is one of the 11 female honorees to boast a 4.0 GPA. Klouda won NAIA national titles in the 200 backstroke (2:02.26) and with the 400 medley relay team and was the national runnerup in the 200 IM. She was also tabbed as the Mid-South Conference Swimmer of the Year.

College of Idaho swimmer Maddy Kelly was named as a first team Academic All-American in 2019 after garnering second team honors a year ago. Kelly is the Coyotes’ first two-time Academic All-American from the women’s swim team since Mckayla Stevens. Kelly earned three individual All-America honors, finishing second in the 50 free and fourth in the 100 fly and 100 free, and five with relay teams at the 2019 NAIA Championships.

On the men’s side, Keiser’s Lukas Macek was tabbed for the Academic All-America first team, while College of Idaho’s Andrew Clifford and Lindsey Wilson’s Clemens Paetzold earned second team acclaim.

Clifford garnered two individual All-America honors, finishing third in the 200 free and eighth in the 200 fly, and one with the 200 freestyle relay as the Coyotes finished 11th at the NAIA Championships.

Google Cloud Academic All-America® of the Year: Christina Klouda, University of the Cumberlands