Cielo Touches In 11th Place, Out Of 100 Free Final At Brazil Open 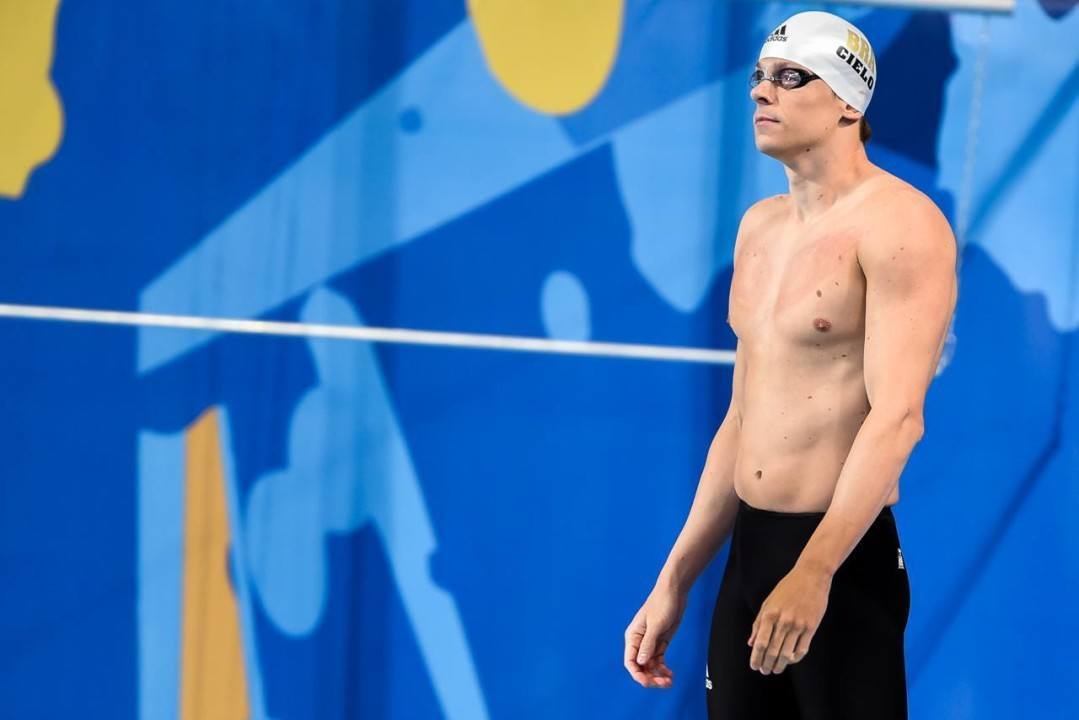 Cesar Cielo clocked a 49.55 in this morning's 100m freestyle prelims in Brazil, rendering an 11th spot and out of the final. Archive photo via Peter Sukenik/www.petersukenik.com

Even amid a thrilling morning of prelims on the third day of the 2015 Brazil Open, which included a South American Record by sprinter Etiene Medeiros, a major player failed to make it out of prelims to swim one of his key events in finals tonight.

Cesar Cielo, a mainstay on the worldwide sprinting circuit, which includes an Olympic gold-medal-winning 50m freestyle swim in 2008, wound up 11th and out of tonight’s final in the men’s 100m freestyle. Clocking a time of 49.55, Cielo was well off of his incoming seed of 48.58 and well behind the leader, Nicolas Oliveira, who touched in 48.41.

Additionally, the FINA “A” cut sits at 48.99, so Cielo fell short of that standard as well. Because Cielo swam the 100m freestyle individually, he’s unable to count any cut he may achieve if he were to lead-off his team, Minas Tenis, in the men’s 400m freestyle relay later in the meet.

It’s not exactly panic time yet for Cielo, as he still has the 2nd Brazilian Olympic qualifying meet, the Maria Lenk Trophy, which doesn’t take place until mid-April 2016.  The 28-year-old new father may be using this meet as a way to test out his nagging shoulder injury which caused the Brazilian beast to pull out of the 2015 FINA World Championships after finishing 6th in the men’s 50m butterfly. At the time, his withdrawal came under criticism by teammates and the swimming community alike.

Cielo is still on the heat sheets for the men’s 50m freestyle.

I would assume that cielo is in Olympic training?