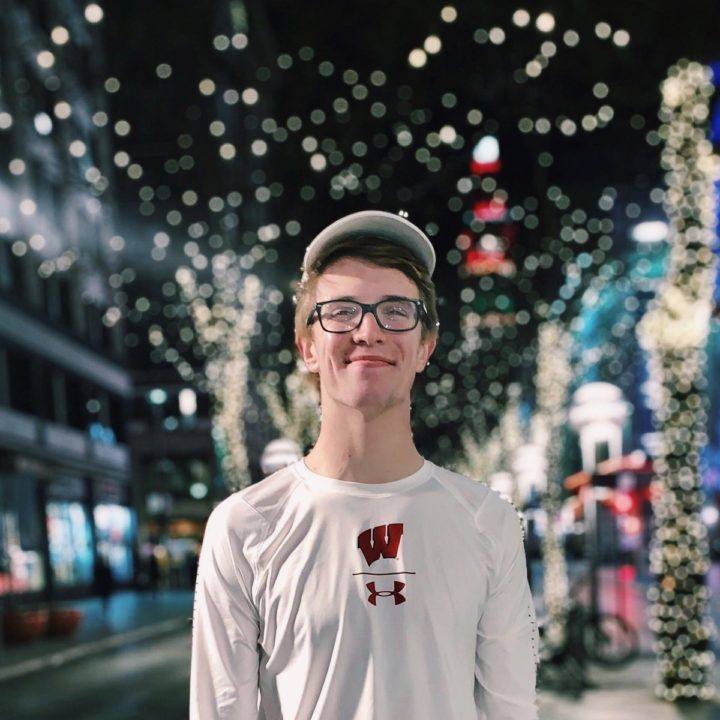 The Cherry Creek boys have 10 Colorado team titles in swimming & diving, but their last win came in 1994. Brandon Eckerman (above) qualified 1st in the 100 free.

The top teams held serve in prelims of the Colorado 5A Boys’ High School Swimming & Diving State Championship on Thursday at VMAC, with the top-ranked Cherry Creek boys asserting their authority in prelims to set themselves up as heavy favorites for the state title. The Cherry Creek boys have 10 titles in program history, but haven’t won since 1994. They’re seeded 100 points ahead of Regis Jesuit, the defending champions, after prelims.

If Cherry Creek does hold on to win, it will be because of depth. They have only 2 top seeds after prelims, in the 200 medley relay (1:32.61) and the individual 100 free (senior Brendan Eckerman – 45.73), but the final heats will be littered with Bruins. That includes 4 in the 10-swimmer A-final of the 100 back and 3 in the top 7 qualifiers in the 50 free. Cherry Creek also has qualified each of their relays either 1st or 2nd.

Individually, William Goodwin of Regis Jesuit made a big statement in prelims as well. He’s the top qualifier in both the 200 IM (1:49.58) and the 100 breaststroke (55.28). The Missouri commit was a runner-up in both events last year, but holds a sizeable seed advantage in both races heading into finals. He’s been faster in both events.

Legacy High School junior Lukas Miller also took a pair of top seeds. First came in the 200 free, where he cruised to a 1:39.42. A week ago, at the Front League Championship meet, he swam a 1:35.6 to break the State Record in that event. He’s also the top qualifier for finals in the 500 free on Friday after a 4:34.82 in the heats. Arapahoe sophomore Fletcher Hayes swam 4:35.68 as the closest contender for that title – nobody else was under 4:40 in the heats.