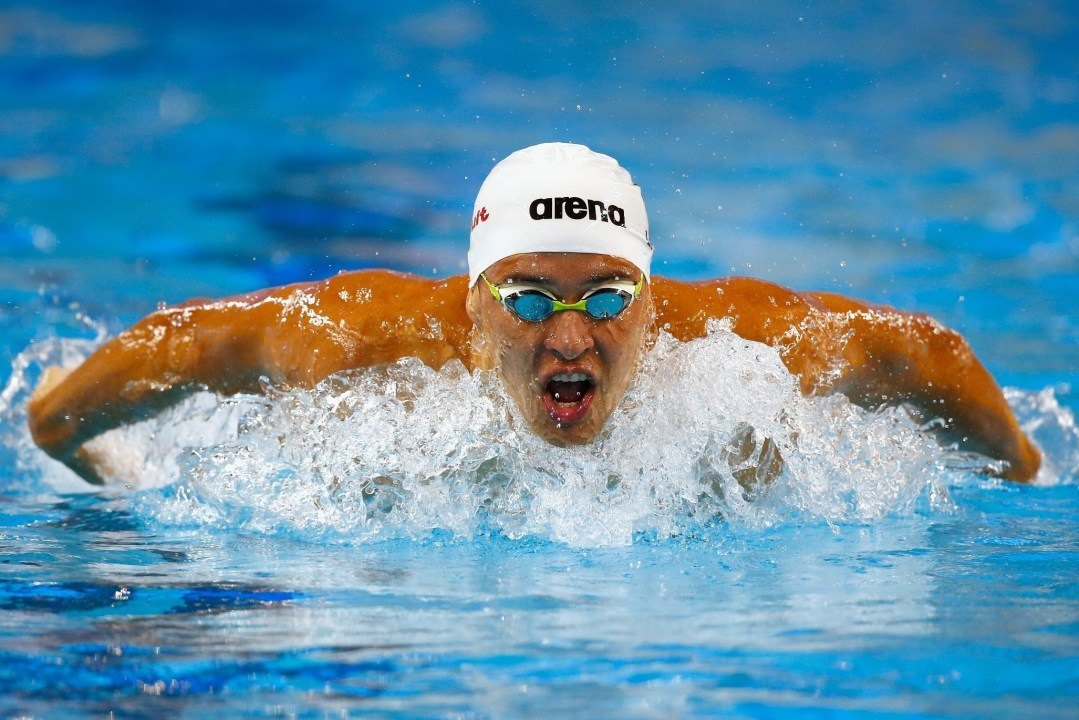 Chad le Clos has been shooting for the World Record triple all season long; he owns the 200 fly already, but the 50 and 100 have both eluded him by mere moments.

Coming into Doha, he declared his goal: three butterfly events, three World Records, and in the first he got his target with a 48.44 in the 100 fly final for gold. This marks yet another 2009, super-suit era World Record to go down this week: the old mark was a 48.48 belonging to Russian Evgeny Korotyshkin. Korotyshkin was 4th in the final on Thursday.

Those splits reveal what the eyeball showed: Le Clos was out clear of the World Record line, but as he finished the last 15 meters of this race, his stroke began to tie up and his turnover dwindled, but a labored last three strokes just barely beat the line to the wall.

Increadible from the King Le clos