Cesar Cielo Entered in 50 Back at 2018 Maria Lenk Trophy 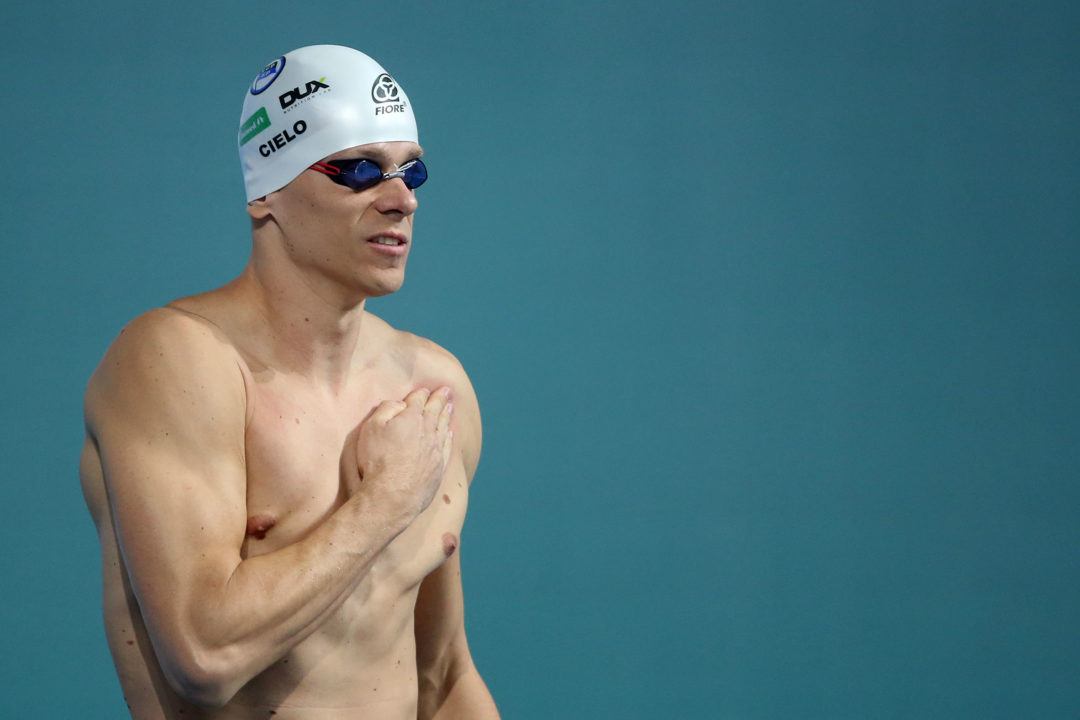 Cielo is slated to swim the 50 back at the 2018 Brazilian National Championships for the first time since 2006. Archive photo via Satiro Sodre/SS Press

The 2018 Maria Lenk Trophy (Brazil’s major long course national championship) kicks off on April 17th, and among the entries is Cesar Cielo in the 50 back.

According to Brazilian news site Best Swimming, he has only swum the race eight times in his career, and if he swims, this will be the first time he does so at Maria Lenk since 2006. Cielo has scratched at least one entry at every recent national championship meet, however, so there’s no guarantee that he’ll swim the race.

Cielo, 31, has said that he is not sure if he will swim at the 2018 Pan Pacific Championships this summer, but is definitely all-in for the FINA Short Course World Championships in December.

Beyond December, Cielo says that he is not sure what his future in swimming will hold.

…not really surprising if he does

Can you have a court ordered 50 back?

only if you deck enter through insta-story