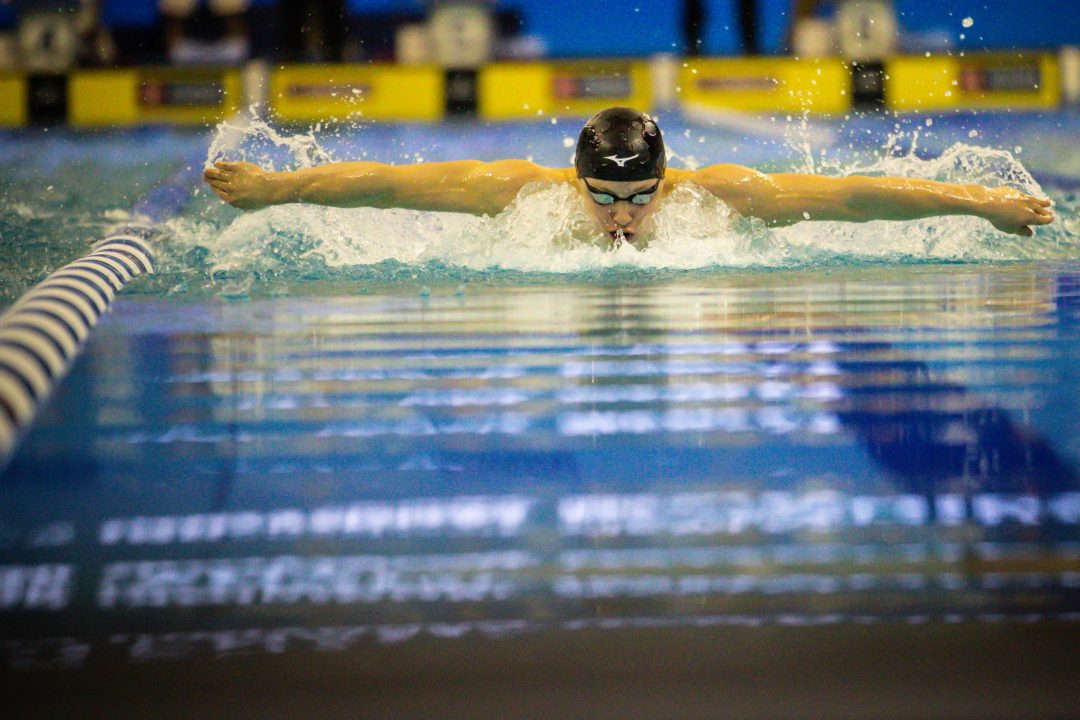 The word on the street was that a couple Texas freshmen had their sights set on national age group records this weekend, and tonight didn’t disappoint, as Carson Foster knocked over two seconds off the 400 IM record with his time of 3:35.27. The record previously stood at 3:37.52, set by Andrew Seliskar in 2015. That’s also a lifetime best for Foster by over 3 seconds, eclipsing his 3:38.65 from last December.

Foster outsplit Seliskar in each of the four strokes, including breast, where Seliskar is especially strong in short course swimming.

Even more impressively, Foster, just shy of his 19th birthday, is now the second fastest man of any age, ever, in the event, tailing only Chase Kalisz and his 3:33.42 from 2017.

Adding to the list of accolades, Foster also now owns the Texas team record, previously held by Will Licon with his 3:36.37 from the 2015 NCAA Championships.

Foster will most likely also be aiming at the 200 free NAG tomorrow. He comes into this meet with a lifetime best of 1:32.99, while the NAG stands at 1:32.18, held by former Longhorn Maxime Rooney.

Cannot wait for tomorrow and the race video

Not as likely to happen yet but dare I say the youngest ever under 1:30?

Mid 1:31 would be my guess. But stranger things have happened.

I just realized for Carson to try and break 1:30 he would have to basically flip in a best time at the 100 43 low and hold on.