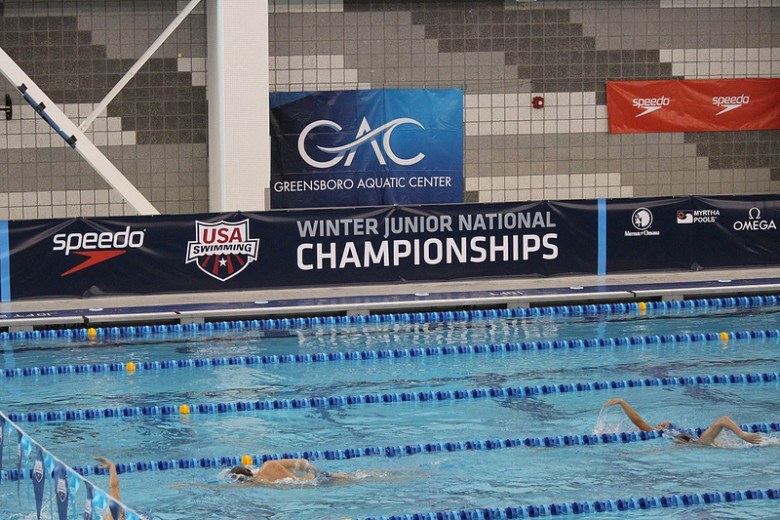 Just as they did in prelims, the Carmel Swim Club set another National Age Group Record in the finals of the girls’ 200 yard free relay to kick off the 2013 Winter Junior National Championships in Greensboro, North Carolina on Thursday afternoon.

Rachel Hayden, Amy Bilquist, Claire Adams, and Veronica Burchill were the four participants in finals. The first three swam very similar times to that which they did in prelims, but it was the 16-year old Burchill, on the anchor, who made a huge difference, knocking four-tenths of a second off of her split to take them from behind record-pace to well in front of it. The comparison is below.

The record coming into the day was a 1:31.09 set by a group from NCAP at last week’s senior Winter National Championships in Knoxville that included Janet Hu and Katie Ledecky.