The Canadian Women's National Team won the silver medal after falling to the top-ranked United States 13-4 in the gold medal match at the Pan-American Games in Toronto. Stock photo via StockImages 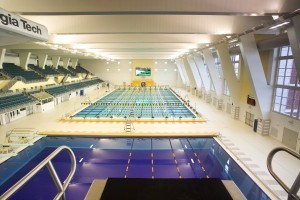 BLOOMINGTON, Ind. – The Canadian Women’s National Team won the silver medal after falling to the top-ranked United States 13-4 in the gold medal match at the Pan-American Games in Toronto.

“Today didn’t go how we wanted, but we’re still really proud of what we’ve done this week,” Fournier said after the match.  “We’re going to keep building from this.”

Fournier recorded one assist in the match, and Gaudreault made six saves. Gaudreault served as the team’s primary keeper in the tournament, and Fournier and Köhli provided crucial support off of the bench with a combined four goals and six assists.

The first period lived up to the gold standard of the matchup. Canada won the opening sprint, and then took their second possession down the pool for the first goal of the match. Emma Wright found Monika Eggens on the power play for Canada’s early 1-0 lead. The Americans launched onto the scoreboard with three unanswered goals in a span of two minutes. Canada closed the quarter from Joelle Bekhazi on a power play to cut the American lead to one goal at the end of the first.

The Americans supplanted another three-goal burst while holding Canada scoreless through the entire second quarter. Canada managed to strike one goal at the final whistle of the first half, but the United States led 6-3. They followed that high-octane performance in the second by going on a 4-0 run throughout the third.

Eggens scored another goal for Canada to bring their total to four, but it wasn’t enough to hang with the swift American offense. The United States took the match 13-4 at the final whistle, winning the gold medal.

Up next for Team Canada are the FINA World Aquatic Championships, which take place in Kazan, Russia from July 24 to August 9. They will be one of 16 nations from six continents participating in the women’s water polo tournament. The squad that represented Canada at the Pan American games is expected to remain intact for the tournament in Kazan.

“We feel really good going into [the World Championships]. We’ve been close with a lot of teams this year, most games we’ve played have been close and it’s just going to come down to fixing the little things,” Fournier said. “I definitely think we’ll be able to do it.”