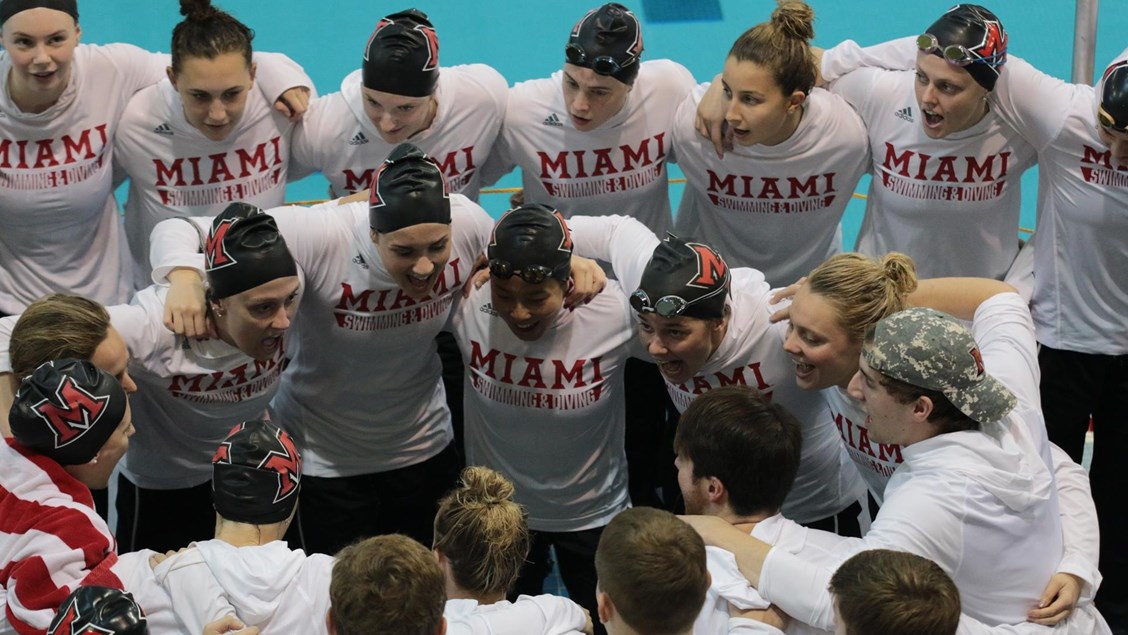 UIndy picked up a couple impressive wins from Christian Hedeen and Landon Driggers. Christian Hedeen took the 500 free by well over 6 seconds, swimming a 4:26.70. He also narrowly negative-split the race, posting a 2:13.38 on the first 250, and coming home in 2:13.32. Hedeen’s swim puts him 3rd in the NCAA DII rankings for this year.

Landon Driggers was dominant in the 400 IM, swimming a 3:49.02 to win the race by nearly 10 seconds. Driggers used a speedy 55.10 backstroke split and a 54.22 free split coming home to propel himself to the #2 time in the nation for NCAA DII this year.

OXFORD, Ohio – The Miami University swimming and diving team began 2021 with dual meet wins against University of Indianapolis on Saturday. The Miami women beat Indianapolis by a 151-61 margin while the Miami men won by a 159-61 margin.

The RedHawk women and men are back in action on Friday, Jan. 29 with a dual meet against Cleveland State at 1 p.m.

OXFORD, Ohio – The UIndy swimming teams traveled out to Miami of Ohio on Saturday night to compete in their final meet before the 2021 GLVC Championships. The women ended the day on a final score of 151-61, while the men concluded the regular season with their score of 159-61. The Greyhounds had several incredible finishes overall in the meet, including a new record in the men’s 400 IM by freshman Landon Driggers.

HOW IT HAPPENED
The men were able to take home a handle of victories today, placing at the top in three different events. Freshman Landon Driggers was able to claim another win on the season, taking the 400 IM by nine and a half seconds on his 3:49.02 final time. Driggers’ time is a new UIndy school record, taking down the three-year old mark by almost five seconds. Sebastian Wenk led the field in the men’s 200 free, topping the second-place finisher by over a second on a 1:39.61 final time. The Greyhounds secured two of the top three spot in the 500 free, being led by Christian Hedeen (4:26.70) as the event’s winner and Wenk (4:35.93) close behind at third.

HOUND BYTES
Head Coach Jason Hite on the teams’ focuses for Saturday …
“We had three objectives; get the minimum required meets to compete at nationals, swim fast and gain positive momentum moving into the championship season. It’s tough to race when the whole family isn’t here, but we killed it today. A school record, several B cuts and lots of season bests were achieved today. We still have more to fine tune, but overall we had a great showing in order to take what is ours.”

UP NEXT
The Greyhounds will take the next two weeks to make the final preparations for the 2021 GLVC Swimming & Diving Championships, their next competition on the calendar. The four-day championships will kick off on Wednesday, Feb. 10 in Elkhart, Ind., and run until Saturday, Feb. 13.