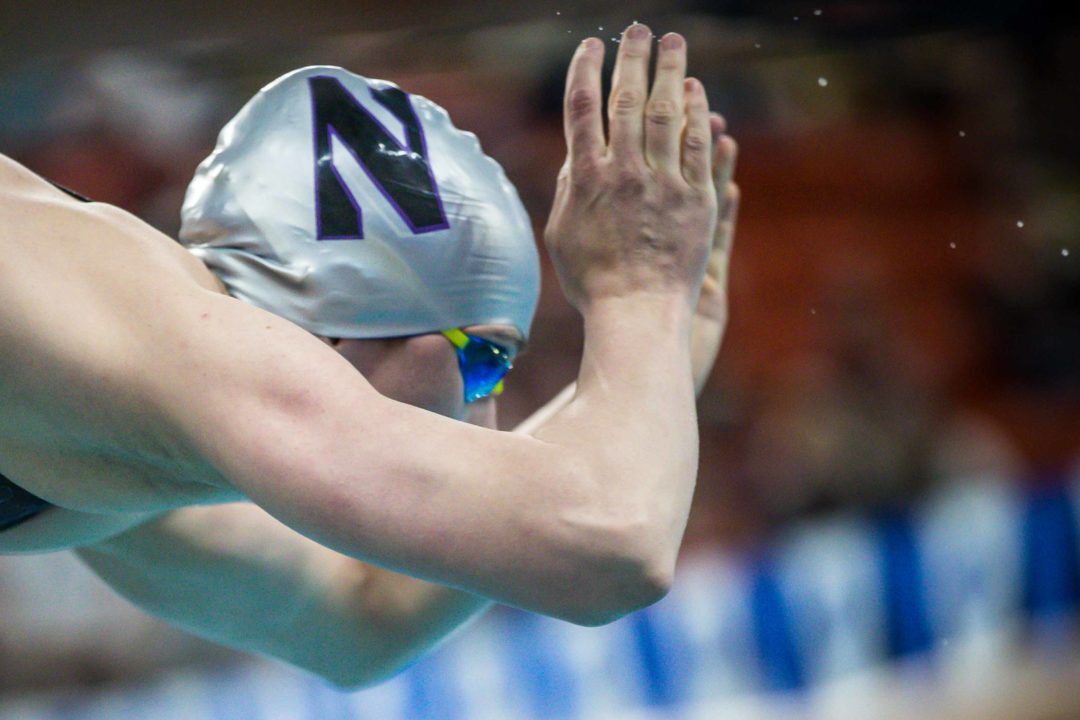 After winning the 400 IM on Friday, Northwestern's Calypso Sheridan had to choose between the 200 breast and 200 back on Saturday. Archive photo via Jack Spitser/Spitser Photography

There were far fewer choices to be made on day 4 of the women’s Big Ten Championships than there were on day 3. Northwestern’s Calypso Sheridan, as she has throughout the meet, had plenty of options for what to race, but ultimately landed on the 200 breaststroke, where she ranks 6th in the conference this season, over the 200 back (2nd best) and 100 free (8th best).

Sheridan has an event title in the 400 IM and a runner-up finish in the 200 IM already under her belt at this meet.

Other highlights of the day will be defending NCAA Champion Beata Nelson of Wisconsin in the 200 backstroke. If successful, that would be her 3rd three-peat of the meet, after the 200 IM and 100 back.

Also watch for a pair of Iowa swimmers in the 200 fly, Kelsey Drake and Carla Gildersleeve. While they’re just the 7th and 14th seeds, respectively, earlier this week in a time trial swim they posted times of 1:55.89 and 1:56.03, respectively. Those times would make them the #2 seed and #4 seeds, respectively, if the race was re-seeded behind Ohio State’s Kathrin Demler.