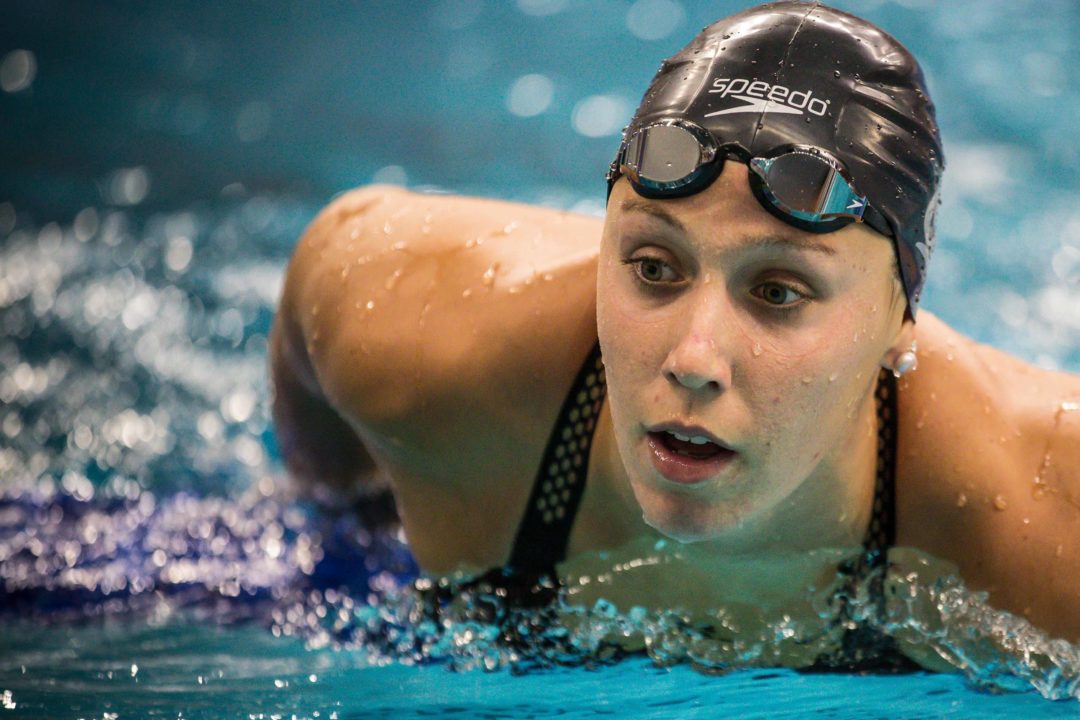 Weitzeil raced to a dominant 21.09, marking the 4th fastest swim in history and taking down her Pac-12 Meet Record of 21.16 from 2019. Archive photo via Jack Spitser/Spitser Photography

Cal’s Abbey Weitzeil has been having a historic season. In December, Weitzeil became the first woman to ever break 21 in the 50 free, setting a new American and NCAA Record in 20.90. That lowered her own former mark of 21.02 from the 2019 NCAA Championships. On Thursday morning at the Pac-12 Championships, Weitzeil raced to a dominant 21.09, outpacing any other swimmer by nearly a second. That was the 4th fastest swim in history and took down her Pac-12 Meet Record of 21.16 from 2019.

This came after a fast start for Weitzeil on day 1. She anchored Cal’s 400 medley relay to victory. Her 45.77 split was her fastest ever by a tenth, and was nearly 2 seconds faster than the rest of the field.

When we take a look at her collegiate progression in the 50 free, we can see that Weitzeil has consistently been faster at conference than she’s swum at midseason. After setting the American Record in 2016 as a teenager prior to joining Cal, Weitzeil was off her best for a couple of years. We saw Weitzeil at her best as a junior, however, as she set the American Record to win NCAAs in 21.02. Her NCAA Record from midseason is definitely on notice in tonight’s final.

Below are the 10 fastest swims ever in history in the women’s 50 free. Weitzeil now owns 6 of them. The 3rd fastest performance ever came from Tennessee’s Erika Brown at the 2020 SEC Championships last week. She owns 2 of the top times in history. Weitzeil and Brown will have a chance to face off next month in Athens at the NCAA Championships.

How tall is Weitzeil? Anybody know?

long arms, not always height, is what makes the difference!

If you want to know the full details, check this out: The making of an Olympic athlete segment on her. https://www.youtube.com/watch?v=1FcNiirTV1Y

Yes, and a lot of top swimmers have both height and long arms, not surprisingly.