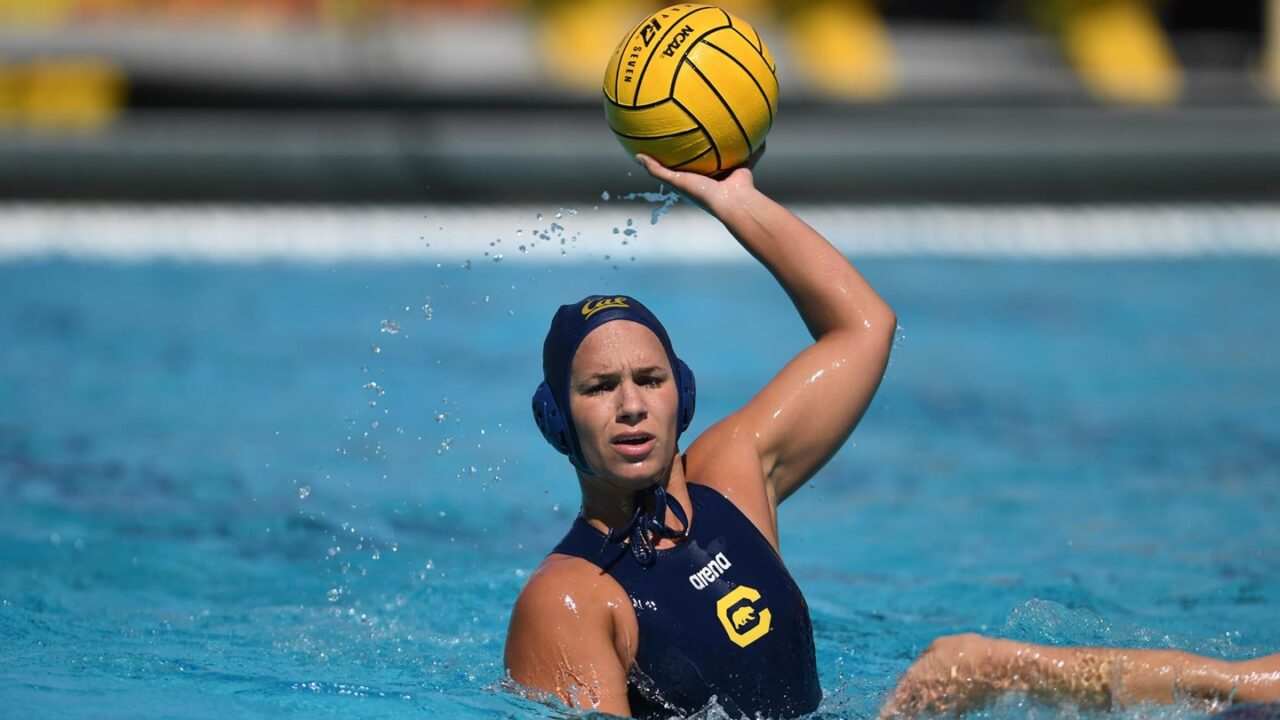 TEMPE, Arizona – Junior center Kitty Lynn Joustra scored a career-high six goals and sophomore Cecily Turner registered a clinching score with 38 seconds remaining to lead the No. 4 Cal women’s water polo team to a 13-11 defeat of No. 14 Indiana in the Fifth Place Game of the MPSF Championships on Sunday.

Joustra’s offensive output was the most goals scored by a Cal player since Emma Wright tallied seven against San Jose State in the first round of the 2019 MPSF Championships. It’s also just the 17th time in program history a Golden Bear has scored at least six goals in a game.

The Bears never trailed Sunday but could never completely shake the Hoosiers. Cal opened up a 6-3 lead early in the second quarter only to see Indiana record three goals in a row to tie the game with 2:52 left before halftime. It was 7-7 at the intermission.

Joustra scored the first two goals of the third quarter and followed with another after the Hoosiers had cut it to 9-8. Back-to-back goals by senior Brigit Mulder and Joustra gave the Bears a 12-9 lead with 3:05 to play. Indiana answered with consecutive goals of its own to make it 12-11 with 1:10 left, but Turner rifled in a shot as the play clock was winding down to put the game away.

TEMPE, Ariz. – In a back-and forth contest on Sunday afternoon, the No. 14-ranked Indiana University water polo team dropped a closely-played game to No. 4 California in the Mountain Pacific Sports Federation (MPSF) Tournament at the Mona Plummer Aquatic Center in Tempe, Ariz.