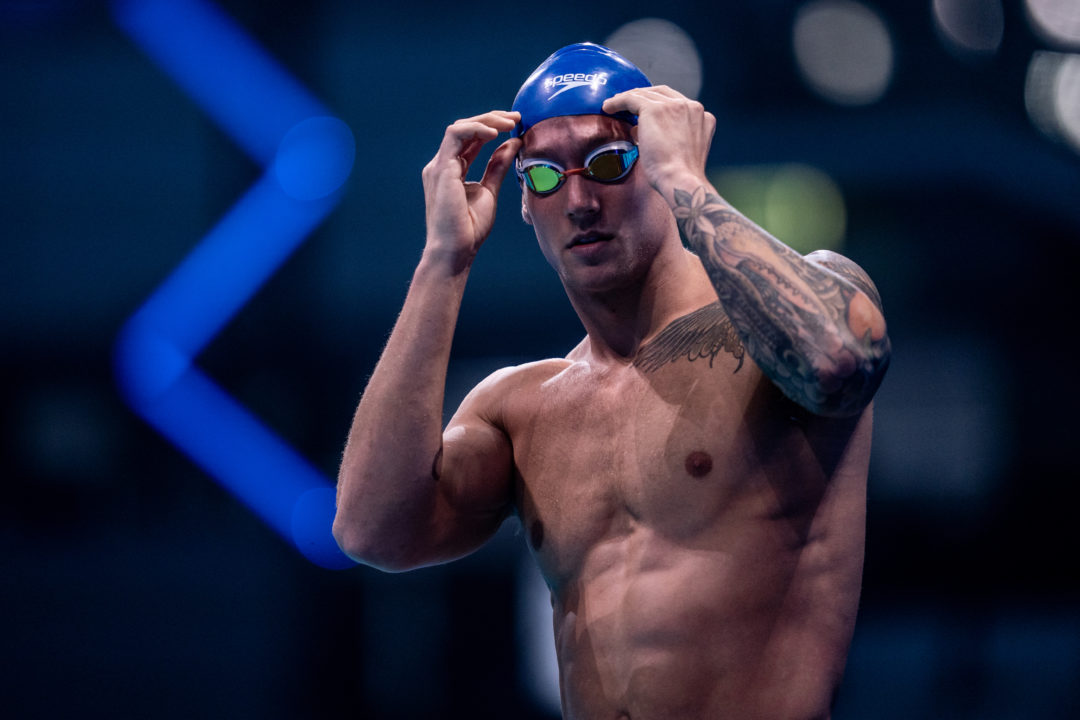 Dressel blasted home in 23.34 to slice .02 off his own national record in the men's 100 freestyle. Current photo via Mine Kasapoglu

Cali Condor superstar Caeleb Dressel got off to a hot start on day two of the ISL’s second semi-final in the men’s 100 freestyle, setting a new American Record in a time of 45.20.

Dressel slices .02 off of his previous record of 45.22, set during last season’s finale in Las Vegas. Prior to that, he held the record at 45.62 from the 2018 Short Course World Championships.

Nathan Adrian is actually the fastest American in history, having been 45.08 at the 2009 Duel in the Pool, but that swim was done during the period when USA Swimming wasn’t recognizing American Records due to the now-banned super-suits. However, if the swim was a world record (like Rebecca Soni‘s 2:14.57 200 breaststroke), it was also an official American Record.

Compared to his record swim from last December, Dressel made his hay on the second 50 today, closing in a scintillating 23.34. As the world record holder in the 50 free, if the 2016 Olympian can utilize his front-half speed a little bit more in the final, he’ll have a good shot at Amaury Leveaux‘s world record of 44.94. In that swim, which was super-suited, Leveaux split 21.72/23.22.

Prior to this swim, Dressel held the top time in the ISL this season at 45.56, and produced his best-ever relay split on day one of this match in 44.91. He also narrowly missed his world record in the 50 free on the opening day in 20.28.

he was suited in a speedo brief, very advanced technology

If i remember he wore 2 TYR supersuits. Whatever their model was called. That was a fast meet. He and Bousquet both went sub 20 in the 4×50 free relay for France.

Lol imagine if in the final he swims the first 50 under 21 to go for the world record……..and he is exactly the type of guy who would do that.

I have no doubt we will see Dressel WR in 44something.But if Dressel does 44.2 in SCM it will be because he is in another league, and probably much faster than his 39.9.

I think we could see a 44.mid out of this dude. Unreal guy!