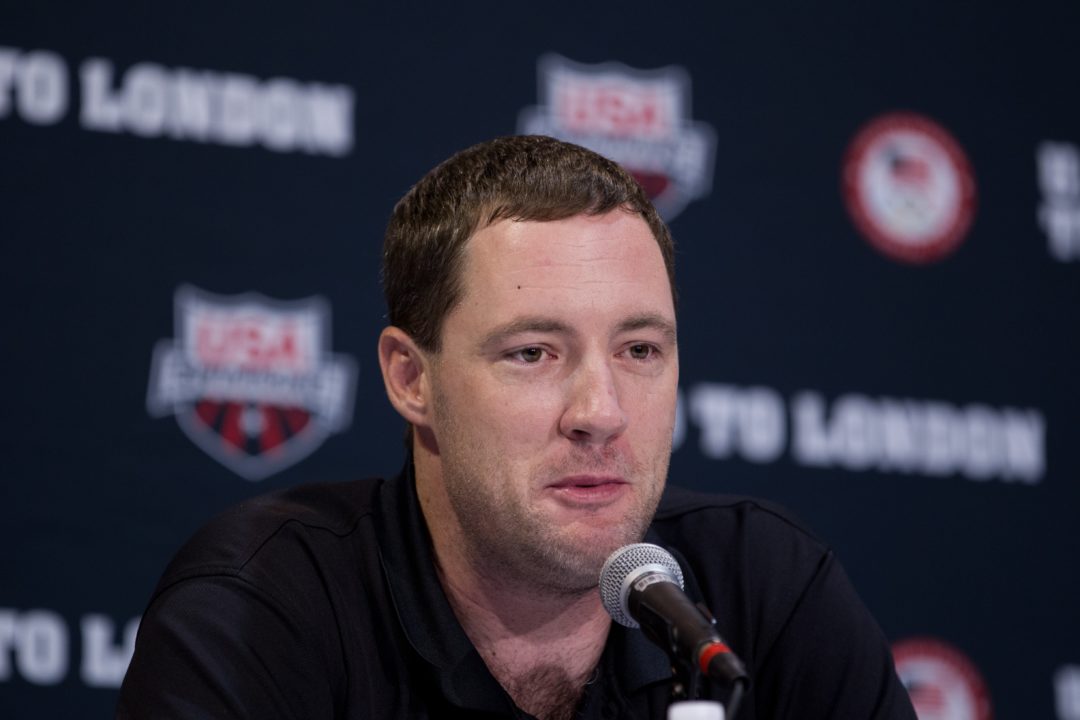 The names of the first two coaches to be named to the 2012 US Olympic Swim Team coaching staffs have...

The names of the first two coaches to be named to the 2012 US Olympic Swim Team coaching staffs have been revealed, and they’re no surprise: The Colorado Stars’ Todd Schmitz and Texas A&M women’s coach Steve Bultman.

For Bultman, this will be his second Olympic coaching staff after 1988 in Seoul, where he put three athletes on the team while the coach of the Greater Pensecola Aquatic Club. He earned his spot on the back of two event-winners at the Olympic Trials in the form of 200 butterflier Cammile Adams and 100 breaststroker Breeja Larson.

Schmitz will only have one swimmer on the team, but that swimmer will be a huge portion of the American lineup in Missy Franklin. She will (for now) have 7 entries in the meet: the 100 free, 200 free, 100 back, 200 back, and all three relays. This is Schmitz’s first year on the team.

The full Olympic rosters will be named during Monday’s final session, where the entire Olympic Team will also be revealed. These two gentlemen will join the staff of Cal women’s swimming coach Teri McKeever, who is the head Olympic coach for the women. McKeever made history when named as the first-ever female head coach of an American Olympic swim team.

This will also allow Bultman to be on deck to coach the four other swimmers who currently train with him that will also be at the Olympics: Erica Dittmer, Lili Ibanez, and Rita Medrano from Mexico and Kim Pavlin from Croatia.

The men’s program, which has not leaked any of their coaches yet, will be headed by Florida Gators head coach Gregg Troy. Other potential names to join this coaching staff include SwimMAC’s David Marsh, who has Nick Thoman and Cullen Jones both qualified for the team.

Yay, my predictions were right this year. I figure Bowman for the other men’s slot but I’m rooting for Salo since he’s got Eric, Ricky, Jessica and Rebecca, not to mention his foreign Olympians. Plus, he has such a long professional relationship with McKeever.