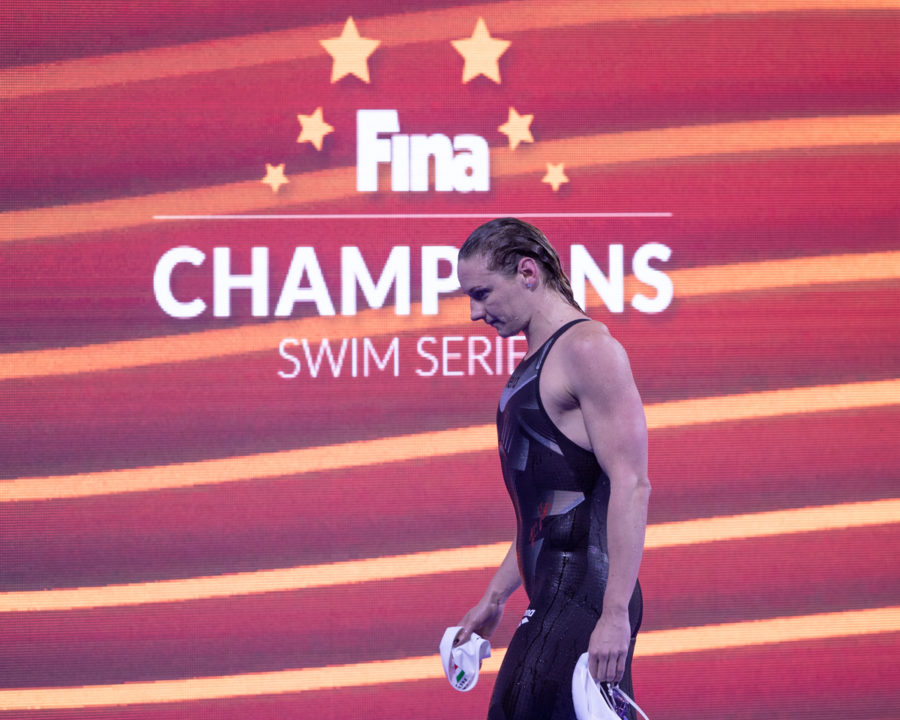 The second of three FINA Champions Swim Series events was this last weekend in Budapest. The first stop of the... Current photo via “Rafael/Domeyko Photography”

The second of three FINA Champions Swim Series events was this last weekend in Budapest. The first stop of the year was in Guangzhou. The Budapest meet was noticeably faster than the Guangzhou stop across the board.

Some of the improvement likely came from swimmer’s performing better close to home. For example Sarah Sjostrom was faster in 4 of her 5 events at the Budapest stop.

There were also improvements at the Budapest meet that came from a deeper field. For example at the Guangzhou meet, in the women’s 200 IM, 3rd place was Zhou Min of China in 2:16.93 and 4th was Zhang Sishi of China in 2:20.07. The top two swimmers (Katinka Hosszu of Hungary and Kim Seoyeong of South Korea) were the same at both meets, but the 3rd and 4th place finishers at Budapest were Siobhan O’Connor of Great Britain in a 2:11.36 and Zsuzsanna Jakabos of Hungary in 2:14.13. 3rd and 4th place were both over 5 seconds faster in Budapest.

The sum of every time in Budapest was 42 seconds less than the sum of the times at Guangzhou.

Comparison of Every Event