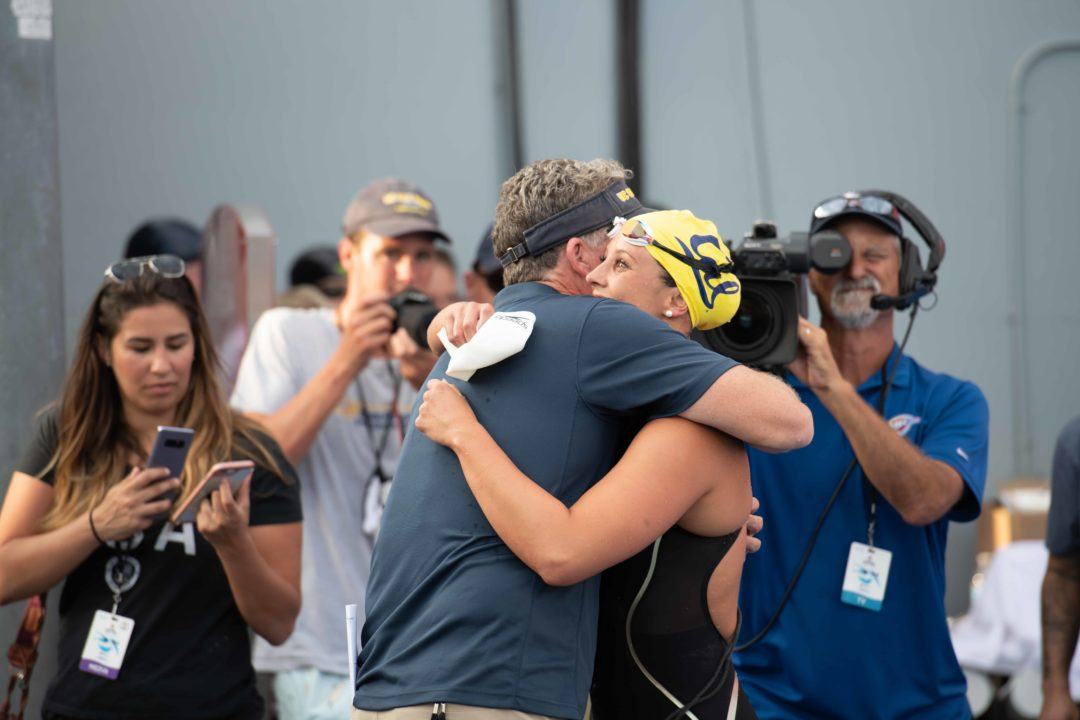 If Team Elite was its own country, it would've placed 3rd in the medal count at the 2016 Olympic Games. Current photo via Mike Lewis/Ola Vista Photography

The Santa Barbara Swim Club has been producing swimmers at the very top levels of the sport since its founding back in 1964.

For decades, the growth of swimming as a profession was inhibited by a lack of ways for swimmers to train or support themselves after their college careers were complete. Even today, most US-based professionals swimmers tend to congregate at a couple key college programs. Yet Team Elite stands apart as a post-grad group that, while it geographically based alongside a couple of college teams, truly focuses on the needs of post-grad swimmers who are making an impact on the international level.

Legendary coach David Marsh started Team Elite while he was coaching SwimMAC in Charlotte, North Carolina. Marsh is one of the most accomplished and decorated coaches in swimming. His resume, in part, includes:

Elite athletes flocked to train with Marsh in Charlotte, many of whom flourished under Marsh’s unique style of training. Athletes who trained with Team Elite in the run-up to Rio made up a sizable portion of US and international rosters, and in fact, Team Elite athletes earned enough Olympic hardware that if Team Elite was its own country, it would’ve placed 3rd in the medal count at the 2016 Olympic Games.

In 2017, Team Elite expanded to the West Coast, as Marsh stepped down from SwimMAC and became the head coach at University of California San Diego, which is transitioning from Division II to Division I. Marsh raved about the new location, “It’s an amazing feeling. It’s not just because the weather is perfect and the setting is beautiful, but it’s a very alive, healthy community.”

Success has continued after the split. Team Elite added longtime Arizona coach Rick “Rocket” DeMont to its staff. West Coast swimmer Kathleen Baker broke the world record in the 100 back last summer at the US National Championships and went on to win gold at the 2018 Pan Pacific Championships. Back on the East Coast, Marius Kusch, representing Queens University, just crushed NCAAA Division II records at the Bluegrass Mountain Conference Championships two weeks ago, and should be poised for even more records in a few weeks at the Division II Championships.

According to Marsh, the big draw in a group like Team Elite is the ability to “just focus on a small group.” Marsh is known for tailoring workouts for each individual and coming up with some creative approaches that tend to be unique in the world of swimming. You can check out what exactly that looks like here in a Practice and Pancakes episode with Team Elite.

Looking ahead to this summer, Team Elite projects to be well-represented at the international level once again. Baker, Neal, Chadwick, and Pebley are all on Team USA’s roster for the 2019 World Championships in Gwangju, South Korea, and several of Team Elite’s international stars should be there as well. There’s no doubt that Marsh has something brewing in the water with Team Elite, and this pro group will undoubtedly attract some of the top names in swimming for years to come.