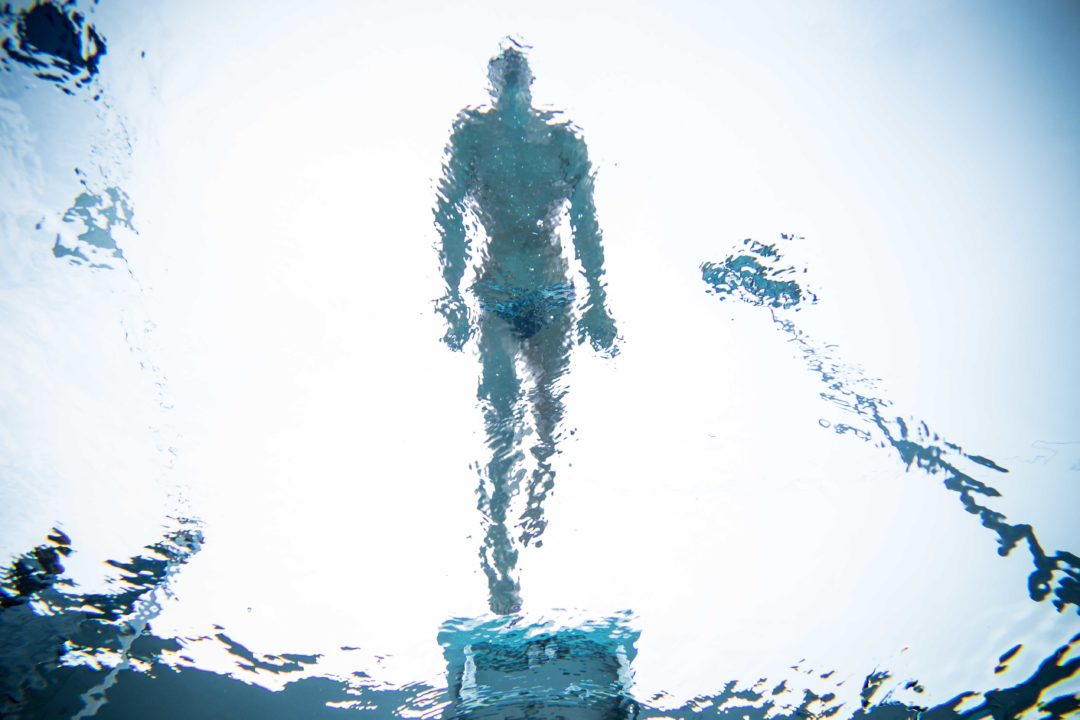 This week's BSN Sports Swim Team of the Week, the Crow Canyons Sharks, are a year-round USA Swimming team from the Bay Area of California. Current photo via Jack Spitser/Spitser Photography

While meets are largely on hold worldwide right now due to the effects of COVID-19, and many teams are just getting back to practices, we still want to highlight and celebrate swim teams from around the country. This week’s BSN Sports Swim Team of the Week hails from the talent-rich Bay Area of California. The Crow Canyon Sharks are year-round USA team “dedicated to developing young athletes into the best teammates, swimmers and people that they can be.”

The Sharks have been around since 2005, and over the past decade and a half, the team has racked up numerous accolades, from placing swimmers on junior national teams to setting Pacific LSC records. Additionally, Sharks swimmers have gone on to swim at the some of the most successful college programs in the country, such as the California Golden Bears and the Georgia Bulldogs.

Ethan Hall helped start the Sharks, and after a brief hiatus, rejoined the team in 2015 to take over as head coach. Hall  had a successful swim career himself. He broke the 15-16 NAG in the 200m breaststroke, and swam at the US Olympic Trials in 1996 and 2000. Additionally, he swam collegiately at both UNC-Chapel Hill and UC-Santa Barbara, breaking UNC’s 200 breast record while there in 1999. Hall is married to multi-time Olympic gold medalist Natalie Coughlin-Hall, who just re-entered the world of competitive swimming less than two weeks ago as part of the DC Trident.

We caught up with Coach Hall to get his perspective on what makes the Sharks unique, as well as some of his thoughts on coaching in general.

Hall’s one-sentence coaching philosophy is simply: “Have fun doing the work and appreciate the journey.”

According to Hall, the Sharks’ team chemistry comes down to the “Three T’s” — “teamwork, toughness, and trust.” Furthermore, Hall sees the “trust” aspect as a key part of helping swimmers develop into future leaders.

I encourage them to be honest with themselves and others. Without honesty, you can not gain trust and without trust you can not be a leader.

Asked about the toughest part of coaching, Hall focused on an issue that we don’t often hear coaches focus on, despite being a common and perplexing part of swim training.

Helping injured athletes find a way forward is tough. I remind them that many swimmers before them have been there, and it is how you react to your challenges that will define your success or failure. There is always something you can be doing to get better. It doesn’t matter how many times you get knocked down. If you are willing keep getting back up each time, then no one can stop you.

With roughly 15 years experience, Hall has plenty of great coaching memories, but when asked to identify his favorite, he brought up one from relatively early in the Sharks’ existence.

We won Long Course Far Westerns in 2010. This was a huge team achievement for our relatively newly established and small team. I was so excited that I dropped the glass trophy at the ceremony and it broke into thousands of pieces. The kids never stopped giving me a hard time about that one.

The Crow Canyon Sharks are one of 3,000 swim clubs in the United States.  How can we grow that number and promote the sport?

This is a great club. Isn’t Natalie Coughlin’s husband the coach there?

Crow’s recreational feeder team, the Crow Canyon Sea Lions, has been probably the best rec team in the country for the last decade. Deep team full of really fast young swimmers who haven’t made the commitment to swim year round.

Both programs pretty well respected in the Bay Area.