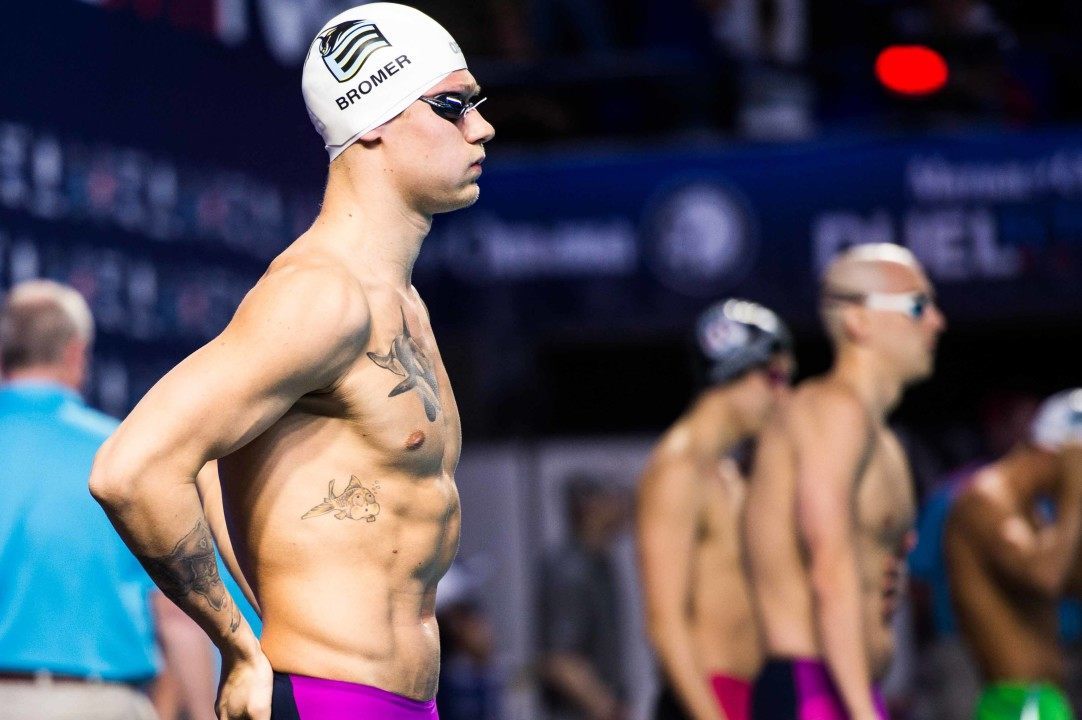 Viktor Bromer had two individual wins on the final day of the Danish SC Championships in the 100 fly and 200 IM. Archive photo via Mike Lewis/Ola Vista Photography

Viktor Bromer and Rikke Moller Pedersen continued to shine on the final day of Denmark’s short course nationals, collecting two individual wins each. Bromer started off the session with a victory in the 100 fly clocking a time of 52.40, and then went and won the 200 IM in 1:58.52 on a quick turnaround of only about 20 minutes. Pedersen added to her 100 breast and 200 breast golds earlier in the meet with a win in the 50 breast (30.83) and 100 IM (1:00.99).

Mie Nielsen, who came into the final day with six golds including three individual, was disqualified in the 100 IM final and thus earned no more individual medals for the meet. She added one more gold in the 400 medley relay, as her Aalborg team put up a winning time of 4:03.73. Nielsen had a quick 52.88 freestyle anchor leg.

Also claiming a pair of gold medals on the final night was Magnus Jakupsson and Niklas Hedegaard, who each followed up an individual win with strong legs on the winning 200 free relay. Jakupsson claimed the 50 back in 24.54, and Hedegaard took the 100 breast in 59.88. In the relay, they combined with 50 free winner Frederik Siem Pedersen and Philip Greve to win for Farum in 1:29.18.