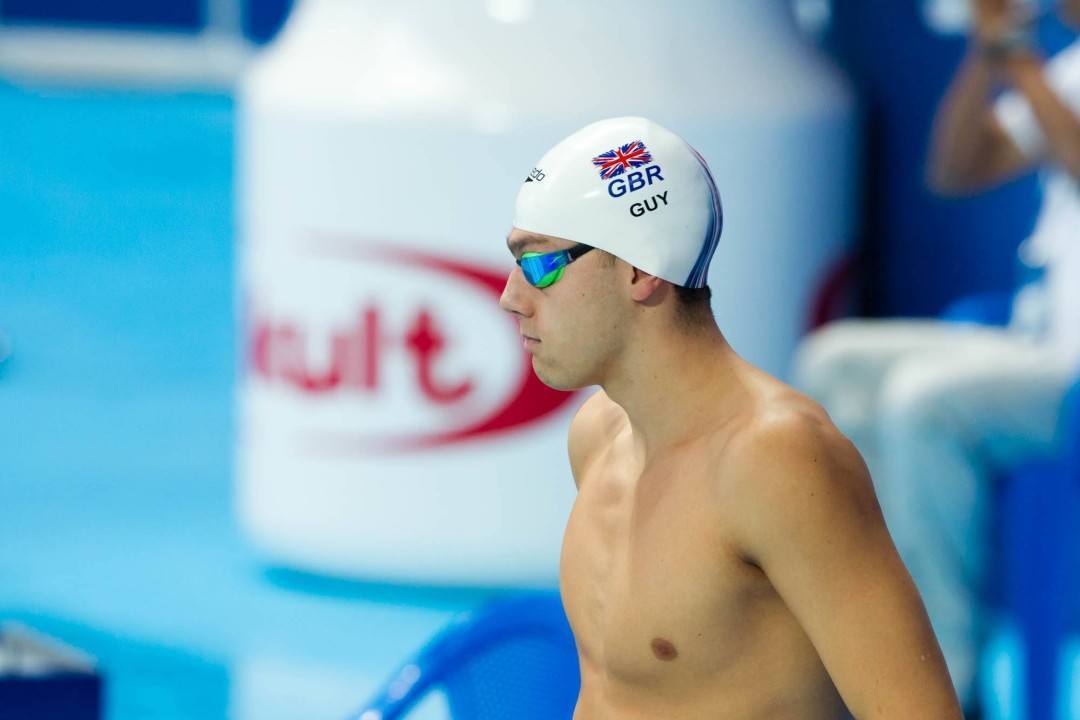 The British contingent of the European All-Star's team will be led by 2015 World Champions James Guy. Current photo via Tim Binning/TheSwimPictures.com

A week after USA Swimming announced their roster for the 2015 Duel in the Pool, British swimming has officially announced that seven British Swimming national team members will be representing the European All Stars in Indianapolis at the IUPUI Natatorium this December.

On the women’s side, a pair of World Championship bronze medalists will be representing the Euro all stars. Jaz Carlin won a bronze medal in the 800 freestyle and will be a favorite to win the distance events without Ledecky competing for the American squad, although Leah Smith should give her a run for her money. Siobhan Marie O’Connor is the other World Championship medalist competing. O’Connor won bronze in the 200 IM and also was also a member of the World Record setting mixed 400 medley relay.

Adam Peaty and Ross Murdoch, the two other British medalists from the 2015 FINA World Championships are not on the roster. Peaty set multiple world records, taking home three gold medals while Murdoch won bronze in the 100 breaststroke.