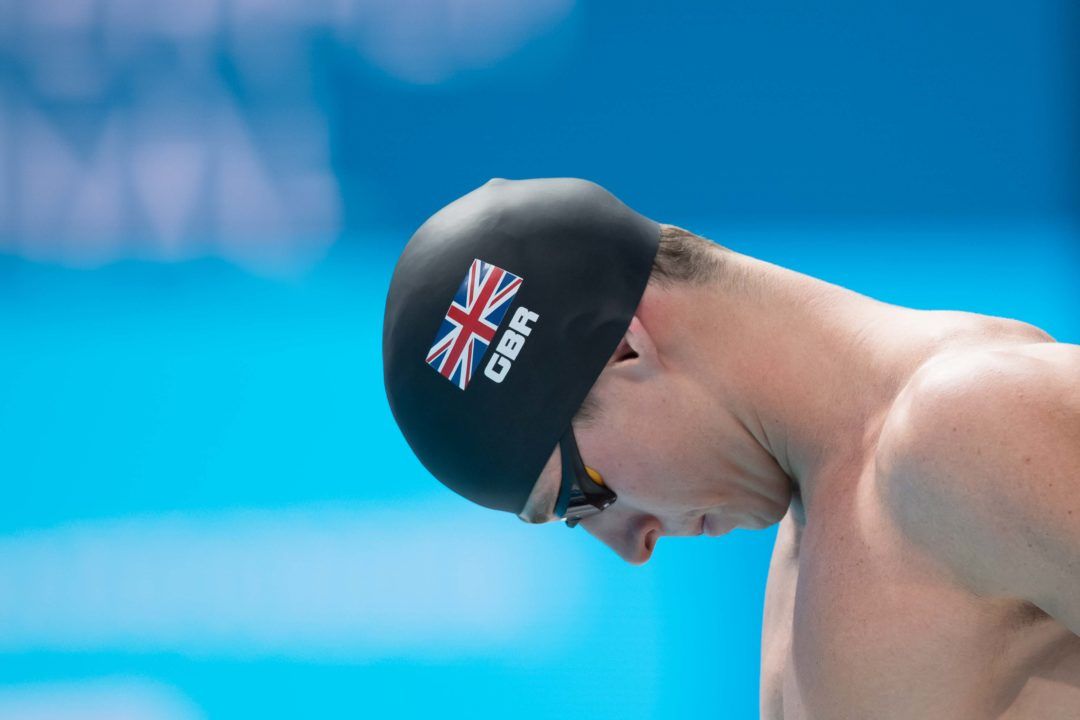 The British Swimming Federation has released its qualifying criteria for the 2018 European Championships. Archive photo via Mike Lewis/Ola Vista Photography

With the stated objectives of maximizing medal outcomes in Olympic events in Glasgow, while pushing forward towards podium success in Tokyo 2020, the British Swimming Federation has released its qualifying criteria for the 2018 European Championships.

The 2016 edition of the event saw Britain’s entire Olympic roster compete at the London-hosted competition, while this time around up to 46 swimmers may be selected, subject to available funding. Up to 4 swimmers per individual event and one squad per relay event may be selected to compete in Glasgow.

The first and second highest placed British swimmer in each individual Olympic event at the 2018 Commonwealth Games set for April 5th-10th in Gold Coast, Australia, will be selected, provided the athlete meets the minimum qualification times. The QTs must be achieved during the long course time period designated as June 1, 2017 to April 10, 2018.

Remaining roster spots will be chosen at the discretion of Great Britain’s Head Coach, National Performance Director and Head of Elite Development, with the men’s 800m free and women’s 1500m free participants falling within this discretionary process.

The qualifying times for the Olympics were ridiculously fast and now they look somewhat soft(but then the standard at the European championship is nowhere near the standard of the Olympics so you might say it’s fair enough). At a glance, the men’s 100BK qualifying time of 54.06 looks the most challenging given that no swimmer has gone faster than this for some time. But I suspect if no one gets under that time the coaches will exercise their discretion(I see they can do it for up to 14 swimmers and it could well be that Chris Walker-Hebborn and/or an up and coming backstroker becomes the beneficiary of this rule). My view is that the Brits allow too much discretion and… Read more »

This indicates toe that BS will be using Europeans are a chance to swim a few young swimmers; and commonwealths have been prioritised.

I expect we’ll see a fresh faced squad at Europeans.