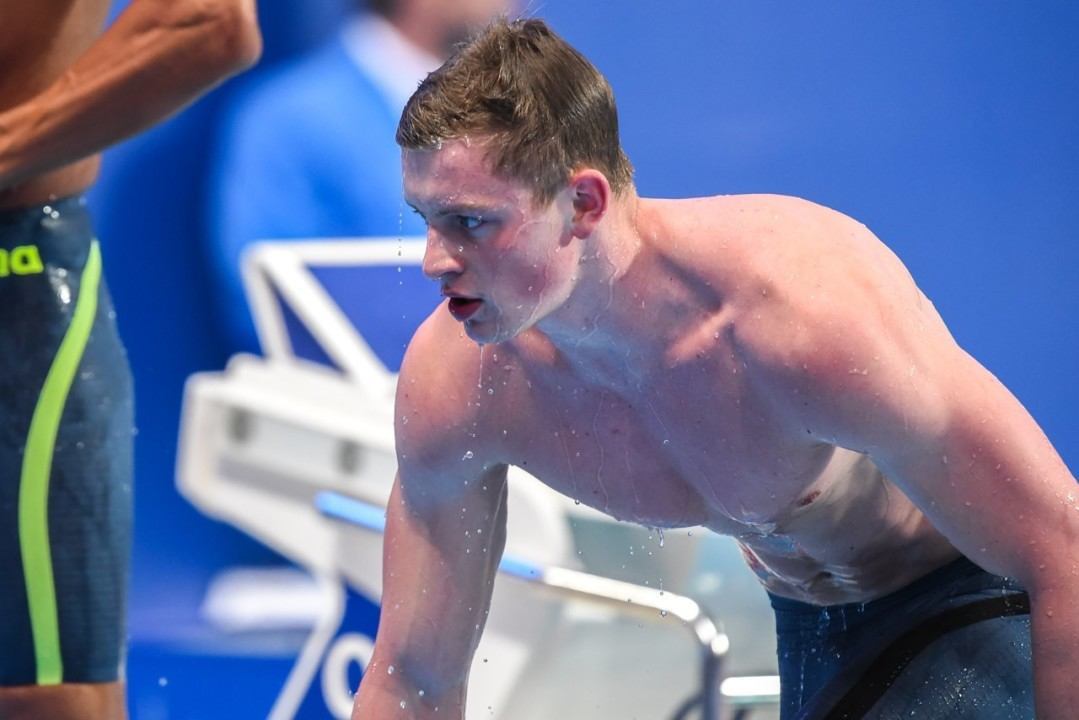 Adam Peaty will race at the 2014 European Championships as the defending champion in the 50 and 100 breaststrokes.

Britain will send its full Olympic Team to the 2016 European Championships, using the meet as a preview for the upcoming Summer Games in Rio de Janeiro.

The European Championships will be held from May 16th-22nd in London, and besides the 26 Olympians, British Swimming is sending 16 athletes as part of its “Target Tokyo” squad that are geared toward performance at the 2020 Summer Olympic Games in Tokyo, Japan.

“This event comes at a perfect time within our preparations for the Rio Games and will provide a fantastic competition opportunity while the athletes continue to train towards the Olympics,” said National Performance Director ChrisSpice. “As a team we couldn’t have asked for anything better. A major international event at an iconic 2012 Olympic venue provides a unique experience for the team as it continues its hard work towards the Games.”

Great Britain led the medals table at the 2014 European Championships with 24 medals, including 9 golds. Those 2014 Championships were highlighted by Adam Peaty winning both the 50 and 100 breaststrokes, including a World Record in the semi-finals of the 50. That swim was his first World Record, and he’s now the holder of two individually (the 50 and 100 in long course), plus as a member of the British 400 mixed medley relay.

“A home European Championships represents a great opportunity to expose athletes targeting the Tokyo Olympics to high level international competition,” explained Tim Jones, British Swimming Head of Performance Pathway. We have selected 16 additional athletes for the British team who are on their development journey to Tokyo 2020 to ensure that we have our eyes on the future as well as a focus on Rio”

The Olympic roster of 26 (Team Tokyo athletes below):

Target Tokyo athletes selected to compete at the LEN European Championships are:

I can’t wait. I’m going to one of the finals days to spectate. To know the whole Olympic line up will be there is great!

Should be a great meet. Thus far, with a few exceptions (swimmers who train in Australia, for example), most countries are sending Olympic roster. Not sure anyone of note will be fully tapered, except in cases where Olympic spots are up for grabs, but in terms of lineups of races – will still be a premier meet.

Many Italian swimmers will be “more tapered” at European Champ than they were at Spring Italian Champ just finished.