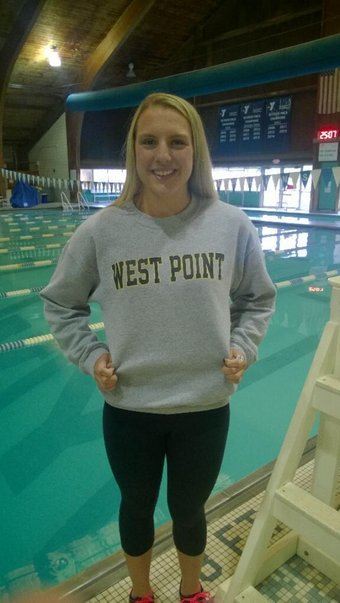 The Army Black Knights picked up a verbal commitment from New Jersey native Jessica Ambrose. Ambrose will head to West Point as part of the Class of 2019 and has already picked up on the Army Navy rivalry, sending out this tweet following her commitment:

Ambrose swims for the Somerset Valley YMCA and has competed at YMCA national meets. She will bring a solid breaststroke and IM presence to the Black Knights, and will likely make an impact right away.

Her 1:04.30 in the 100 breast at the 2014 YMCA short course national championships would have been the fastest on the Army women’s team last year. Her 200 breaststroke, 2:19.76 would also have been first. She has a winter junior national cut in the 200 breast.

Her  other top times include: