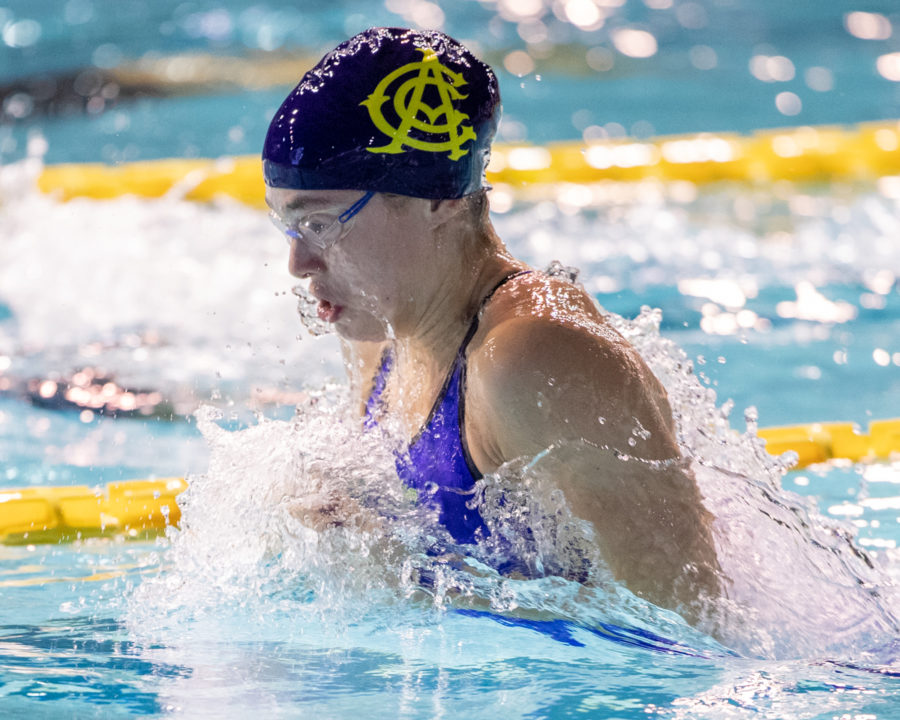 In an interview with Italian outlet Tuttosport, youngster Benedetta Pilato questioned why only the 50 free is worthy of being an Olympic event, as opposed to all of the stroke 50s.

Pilato, the Italian national record and world junior record holder in the 50 breast, was asked how she feels about her chances of qualifying for Tokyo in the 100 breast. In response she said that we should be questioning why the 50 is not included.

“More than talking about the qualification to the 100, one should argue that not having the 50 breast in the Olympics is an injustice,” she said (translated from Italian). It is not true that the 50s are not Olympic distance, since there are 50s. But why only the freestyle? Why do freestylers have to be the only ones who sprint?”

Pilato was the European Short Pool Championships gold medalist in the 50 breast, where she swam her record time of 29.32. She broke onto the international stage when, at just 14 years old, she took the silver medal in the 50m women’s breaststroke at the 2019 FINA World Championships last summer.

But as for if she will attempt to make the Olympics in the 100 breast, she acknowledged the crowded field, which includes 2016 Olympians Martina Carraro and Arianna Castiglioni.

“Of course I’d like to compete in Tokyo, but there are three of us and there are only two places. Martina (Carraro) and Arianna (Castiglioni) only have to match the times they’ve already swum, instead I have to improve by a lot.”

Pilato was also asked about the prospect of moving the 2020 Games due to the ongoing Coronavirus outbreak.

“Hopefully they’ll postpone them, so I have more time to train and go there. Seriously, it’s a worldwide problem with this virus, but you can’t live in fear. I would be worried about going to China, where it is not possible to go now, but not Japan.”