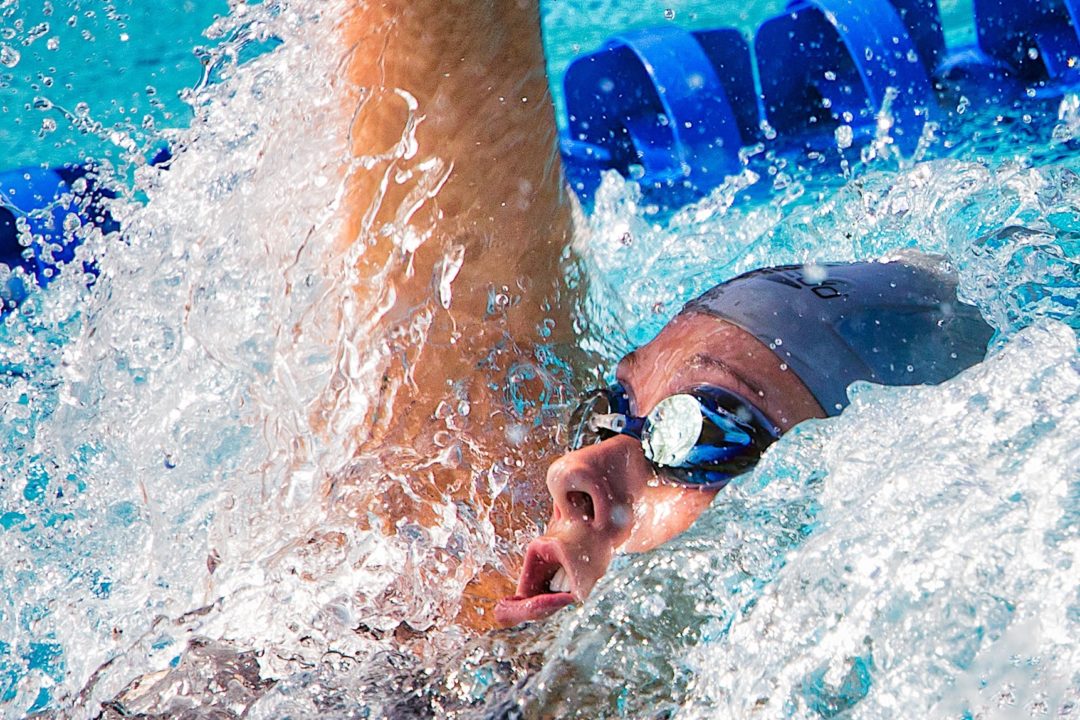 Rachel Bootsma got the 3rd night of the 2012 NCSA Junior Nationals in Orlando, Florida underway with a huge win in her specialty event: the 100 backstroke.

After a 51.27 in the yards prelim race, Bootsma roared to a 1:00.02 in the long course final. That’s just a hair (.01) faster than she was at the Austin Grand Prix in January, and improves her standing as the 4th-fastest swimmer in the world this year. Given that she’s swum a nearly identical time twice (and the fact that she’s unlikely to be shaved for this meet – she wouldn’t skip the high school season and then taper for Junior Nationals), that puts her in great position headed towards the Olympic Trials.

That gave her nearly a three-second victory over Blue Tide’s Jillian Vitarius with a 1:02.82. The Auburn commit was faster at last summer’s USA Swimming National Championships. The second-fastest time, better than Vitarius, actually went to her future Auburn teammate Caitlyn Forman in 1:02.44 in the B-Final.

Next up it was Katie Ledecky’s turn to wow the crowd in Orlando. She won the 400 free in 4:08.87. Even though Ledecky is only 15, that swim is already the 3rd-fastest in the history of the 15-16 age group (behind only Janet Evans and Amber McDermott). 2nd-place went to Megan Rankin in 4:14.61, and she was well ahead of everyone else in this field.

Rockville-Montogomery’s Jack Conger won the men’s 100 back in 55.45. He, like Bootsma, hasn’t swum fantastically in this meet, but that time is probably his best. It sits within four-tenths of his best time, and he closed the race much better than he opened it.

He hasn’t had much direct competition in this meet, as he rarely does swimming in his age group, but the runner-up, 16-year old William Glass, had an outstanding race for the highest-placing swim in his age group of 56.88. That ranks him 12th all-time among 15-16 swimmers. He very well could be at Conger’s level by this time next year, based on recent improvement. He’d barely broken a minute in the 100 back coming into this meet.

In the 200 breaststroke, Stanford commit Sarah Haase lost her first breaststroke race of the meet (prelims or finals) when she couldn’t match her top seed from prelims. She instead was 4th in 2:35.72. She’s not as good in long course as she is in short course, but that’s something she can work on. She got off to a great start and held a lead on the first 50, but couldn’t hold it.

The win went to future Ohio State Buckeye Anne Lazor in 2:31.47. That’s a best time for her, and was all thanks to a fantastic second 50. She held her speed through the first turn way better than anyone else in the race, and after that it was easy-speed for her to take the win. This was a masterfully performed swim.

Long course is another sport and some young swimmers in this meet struggle with that fact. Katie Ledecky hasn’t this problem and her 400 free was great. Now I’m waiting for the 800 free. She’s in the mix for olympic spots in that race. I think it will be tough for her to be in the top 2, it’s a little sooner but she has a little chance. I think Kate Ziegler and Gillian Ryan are favorites and Katie Ledecky is just behind to make a surprise. Good time for Rachel Bootsma in the 100 back. It must be tough for her to know except big surprise she’ll be third at trials behind Missy Franklin and Natalie Coughlin. She has… Read more »

Well, Bootsmas and Franklin have the edge over Cindy Tran since they are better at long course. But next year in College, Bootsma has to compete against Tran who is better at yards.