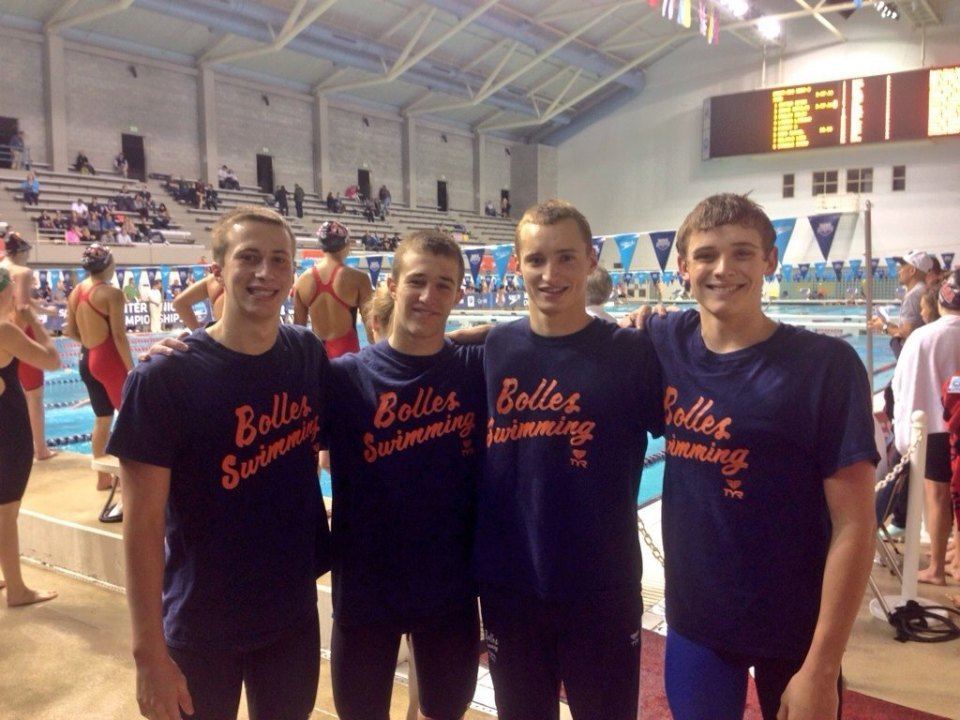 The first National Age Group record of the 2014 Winter Junior National Championships has fallen, and it went to the Bolles School Sharks’ 15-16-year-old boys medley relay.

The Bolles “B” team took 6th overall, the highest-placing relay made up of 15- and 16-year-olds. They took a little more than half a second off of the National Age Group record set by Aquazot earlier this year.

The Bolles crew was made up of Dakota Mahaffey, James Daugherty, Ariel Spektor and Tyler Rice and went 1:31.29. The old record was 1:31.90.

Here’s a look at the splits each of the boys went on the way to the record:

Three of the boys are curently 16, with only Spektor still on the younger end of the age group. The foursome could also be going after the 400 medley relay later on this week; that mark is also held by the same Aquazot foursome (Danny Tran, Tyler Lin, Justin Hanson and Thomas Smith) that held the 200 medley relay heading into tonight.

You can find our full Winter Juniors Day 1 recap here.