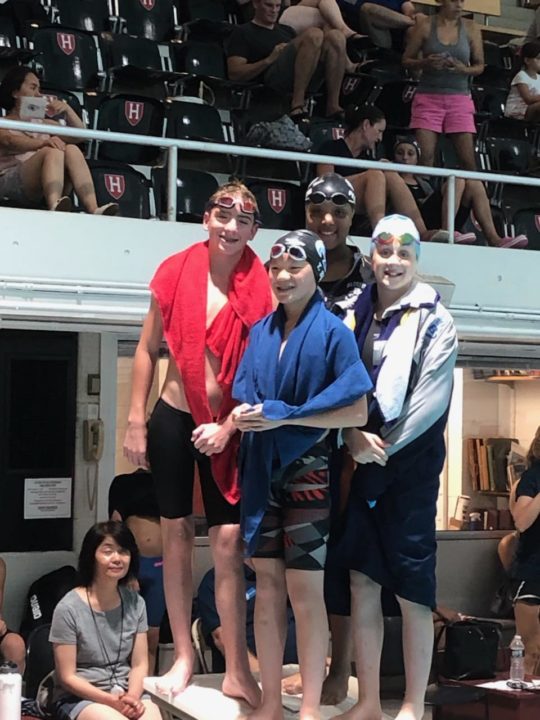 The NAG was held at 4:20.79 from last year by Bellevue Swim Club. Several teams came close to breaking it this season, but none had until tonight. York Y had come very close to breaking the record recently, swimming a 4:20.83, missing the time by just 0.04 seconds.

Ferguson, Kelly, and Sun were also on the NAG record-breaking 400 medley relay earlier in the meet. Ferguson is coached by Ryan Yucka, Sun, Kelly, and Parent are coached by Nick Rice.