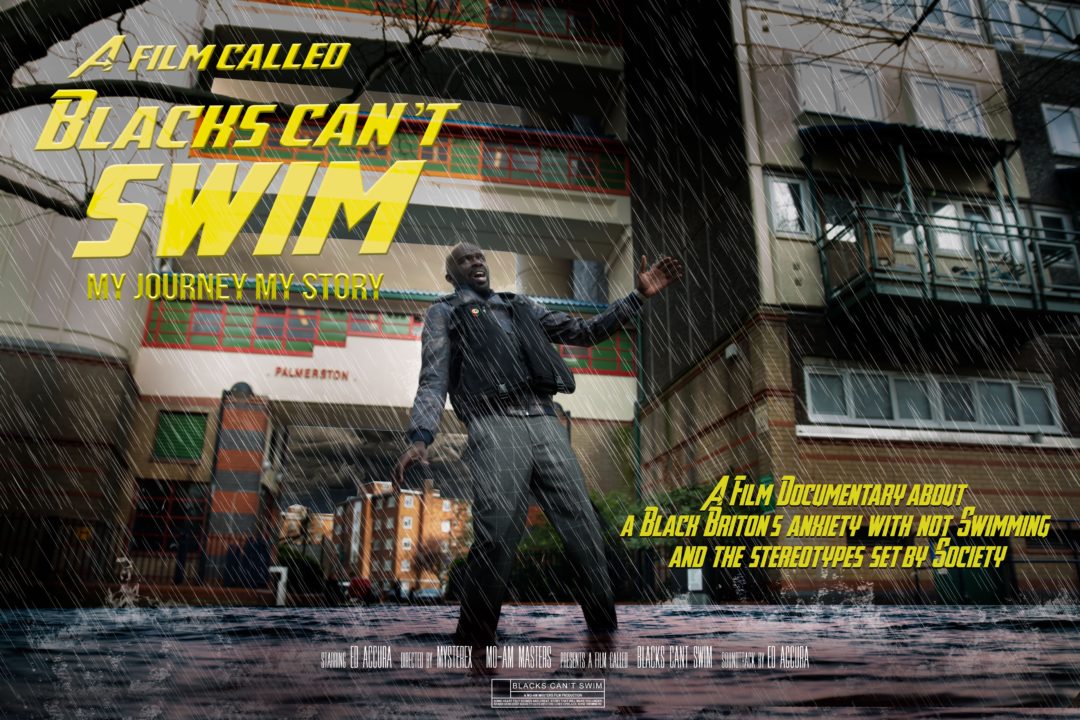 "A Film Called Blacks Can't Swim" has been extended by 17 minutes and will be streaming on major platforms such as Apple TV, Amazon and Hulu. Archive photo via Ed Accura

Back in January of 2019, the Black Swimming Association (BSA) released a documentary short entitled “A Film Called Blacks Can’t Swim”, and now, due to high demand, an extended feature film will be re-released on global streaming platforms.

Ed Accura, BSA co-founder and Head of Corporate Partnerships, continued to receive requests “on a daily basis” a year after the launch from people all around the world wondering where they could watch the film.

“I, therefore, had a few conversations with interested VOD distributors in order to make it available globally through major streaming services and settled with an independent US distributor called Indie Rights,” Accura told SwimSwam. “I made the choice to go with them based on their project involvements and marketing strategies which fits in well with this being a community-based project.”

However, there was one small issue Accura encountered: the 33-minute doc failed to meet the standard distribution criteria of 45 minutes. So, he has increased the film to 50 minutes.

Accura added a youthful perspective to the film that was absent in the original release.

“What the pilot was missing was the viewpoint of the younger black generation and what swimming meant to them,” he said. “Sports England has already told us that only 5% of black adults and 20% of black children swim, it was, therefore, necessary to have these conversations. We invited Hip-hop grime artist Smokeyboy Sayso and the Black Minds Matter project, member Amina Gul to share their views on the subject.”

The additional scenes were completed the day before the United Kingdom shut down due to the coronavirus pandemic.

The film is expected to be available by the end of June.

The original 33 minutes of the film chronicles Accura’s journey as he learns how to swim, addressing stereotypes and myths that have been perpetuated about black people and swimming.

The BSA made its official launch at the beginning of March, partnering with Swim England, the Swimming Teachers’ Association and in collaborative engagements with the Royal Life Saving Society UK, Nike Swim and London Marathon Events.

And I wonder why we white people are not better sprint runners.

We’re not constantly getting chased by cops and fearing for our lives, for one thing.

I’m curious why some thing this clearly racist is allowed to stay up here?

African-Americans can swim and I am offended just by the title of this documentary!

M, view its over due.

It’s a play on the movie “White Men Can’t Jump.”

Why all the reference to ones skin color – can’t we all be the same???

Smokeyboy Sayso. I’m in. Throw in some Tacko Fall swimming, and I’m really in.