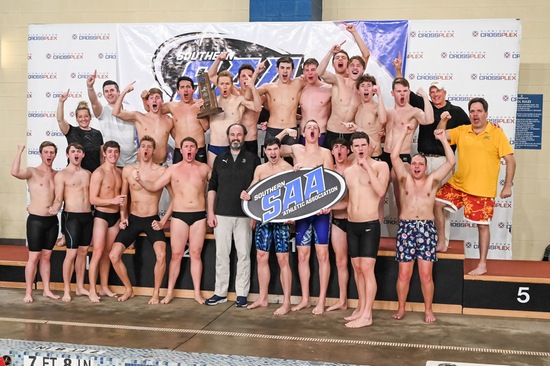 The Panthers topped by runner-up Centre by 164 points, 856-692. Rhodes finished third with a 681.5 total while Berry added a fourth-place total of 627. Sewanee wrapped up its season with a fifth-place finish (488), while Hendrix was sixth (249.5) and Millsaps closed out its first-ever swimming and diving season in seventh (84).

On the men’s side, BSC pulled away from the competition with 915 points. Centre finished second with 732 points while Berry was third with a 572.5 total. Rhodes finished fourth at 465.5 while Sewanee closed out the four-day event with a 432 total. Hendrix (365) and Millsaps (129) closed out the scores, respectively.