"They say that home is where the heart is, so follow your heart and know that you can't go wrong." – Tigger 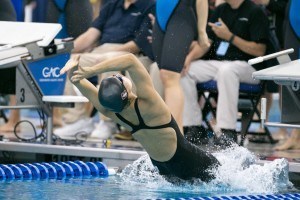 We ranked Stanford’s class #1 back in the summer of 2014, and guess what? They delivered. Top-10 prospects Simone Manuel, Janet Hu (pictured), Ally Howe and Lindsey Engel averaged 100 individual NCAA points just between the four of them. That means without even considering relays, that quartet could have placed inside the top 15 at NCAAs every year of their career. 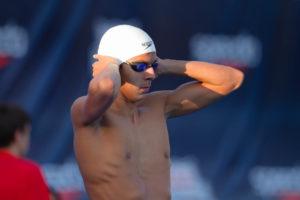 Auburn’s Luis Martinez (above) is one of 4 swimmers who put themselves in position to qualify for the NCAA Championships on Saturday in Athens. 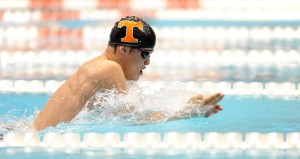 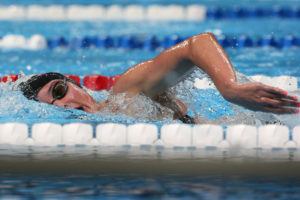 Harnish Shines for Georgia in Victory over UNC

Top-ranked newcomer Courtney Harnish will be a huge part of UGA’s move to fight back after losing a lot of NCAA points from graduations.

Stephanie Peters
Stephanie Peters was born Oct. 10, 1995 to parents, Chris and Nancy. The Animal Science major swims for the University of Georgia along with her older sister, Courtney. Peters graduated from North Pauling High School and swam club for the Marietta Marlins under Coach Yit Lim where she was a member of the 2013-2014 USA Swimming Junior National Team. Peters was an impressive recruit out of high school – the 2014 recruiting class’ second-ranked recruit in the state of Georgia; however her long course swims got her national attention and she was one of the top 400m high school swimmers in the nation. Peters adds to Georgia’s longstanding tradition of excellent distance swimmers, and she has even admitted to Online Athens that she sings Disney songs to relax during races.