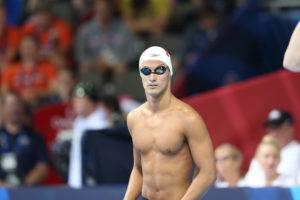 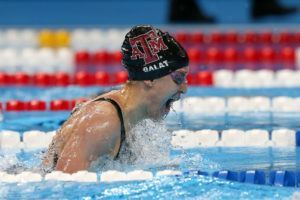 Bethany Galat Goes Low 4:04 in the 400 IM at Adamson Invitational

The Aggie women stretched their lead after Day Two of the Adamson Invitational, while the LSU men took a slim lead in front of the Aggie men and Arizona State. 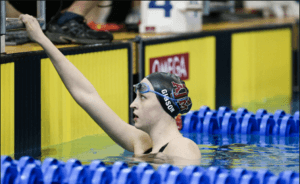 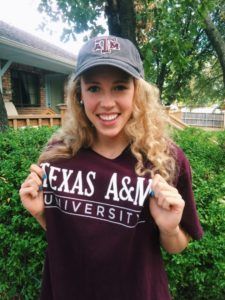 Eisenmann won both the 100 fly and 200 fly at the long course Futures Championship meet in Austin, posting new best times of 1:00.51 and 2:13.92 in those events respectively. 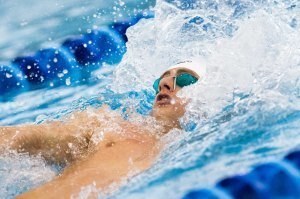 The Aggies are now undefeated on both the men’s and women’s side, as they beat Incarnate Word and Miami (FL) on Friday in College Station.

Laura Norman
Born Feb. 6, 1996 in Corpus Christi, Laura Norman is a versatile swimmer at Texas A&M. The Texas native chose to stay in-state after graduating from Keller High School, where she was a Scholastic All-American. Norman has been swimming since she was 6 years old, and swam competitively for the North Texas Nadadores for 12 years. With intentions to major in Business, Norman spent time in high school volunteering for the Coalition to Salute America’s Heroes and the Conservatory and was a member of the Distinguished Achievement Program and National Honor Society. A truly versatile athlete, Norman won the 100 backstroke her junior and and senior year at the state meet and she’s also a talented IM and butterfly swimmer. Norman qualified for the NCAA Championships in just her first season as an Aggie – she chose to swim for A&M because of its traditions and team. She always races in her “lucky” goggles, and her favorite Aggie tradition is the Midnight Yell.

National Competition
As a swimmer for Keller High School Norman was a two-time district, regional, and state champion in the 200 IM and 100 backstroke. She was an All-American two years in a row, and owns six school records. Norman was named Swimmer of the Year each year from 2011-2014, and she was a National Age Group Award winner in the 100 backstroke.