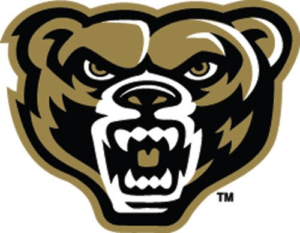 The 2019 Horizon League Championships kicked off tonight at the IUPUI Natatorium, with the 5-time defending men’s and women’s champions Oakland sweeping all 4 relays tonight.

Oakland’s men and and women claimed thier 5th consecutive Horizon League titles, and their 40th and 24th consecutive conference titles.

Brie Hines won her 4th Horizon League title in the women’s 500 free in a row. 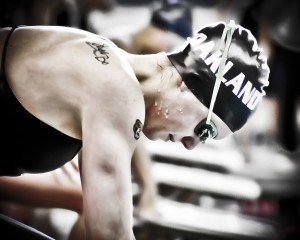 Oakland won 3 out of 4 relays, but the women are still in 3rd place due to their diving gap.

Oakland won 25 of 32 events en route to winning both the men’s and women’s meets.

Freshman Holly Morren currently competes for Oakland University, a swim and dive team in their second year as members of the Horizon League.  Pete Hovland is the head coach at Oakland University, assisted by Shawn Kornoelje, Katie Sullivan, Andre Latour, Blaine Dolcetti, and Larry Albright (Diving).  Oakland Swimming and Diving is known for their long history of success in the pool, starting in the Division II days. In Division II, Oakland won 20 National Championships between the Men and Women’s teams. After Oakland moved up to Division I, the teams continued their winning tradition, being undefeated at the conference championships 16 years in a row. Oakland University athletes are also known as the Golden Grizzlies. (Oakland University Golden Grizzlies Athletics, 2015)

Holly was born in 1995 to parents Donald Morren and Candice Solis. She began swimming at the age of 10, after participating in swim lessons. Holly quickly discovered that she really enjoyed the sport, so she took to it full time.

At Holland High School, Holly was coached by Don Kimble. She helped lead her team to three consecutive MHSAA Division II State Championships her sophomore, junior, and senior year at Holland. As an individual, Holly was the 100-yard freestyle champion at the MHSAA DII State Championship as a junior, and the 50-yard freestyle champion her senior year.

At Oakland University, Holly currently swims with her brother Jeremiah Morren in the sprint group, and is coached by Andre Latour.